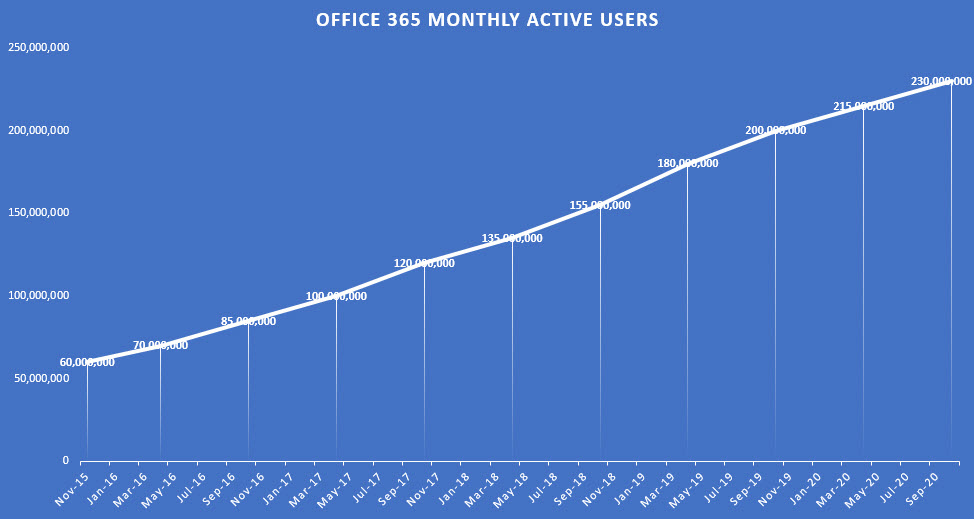 Microsoft’s FY21 Q3 results told us that Teams now has 115 million users, a 53% uptick since April. Office 365 keeps on growing in numbers, revenue, and profit. While growth might be slowing, there’s still a ton of accounts to be moved to the cloud, where they’ll probably end up as Teams users.