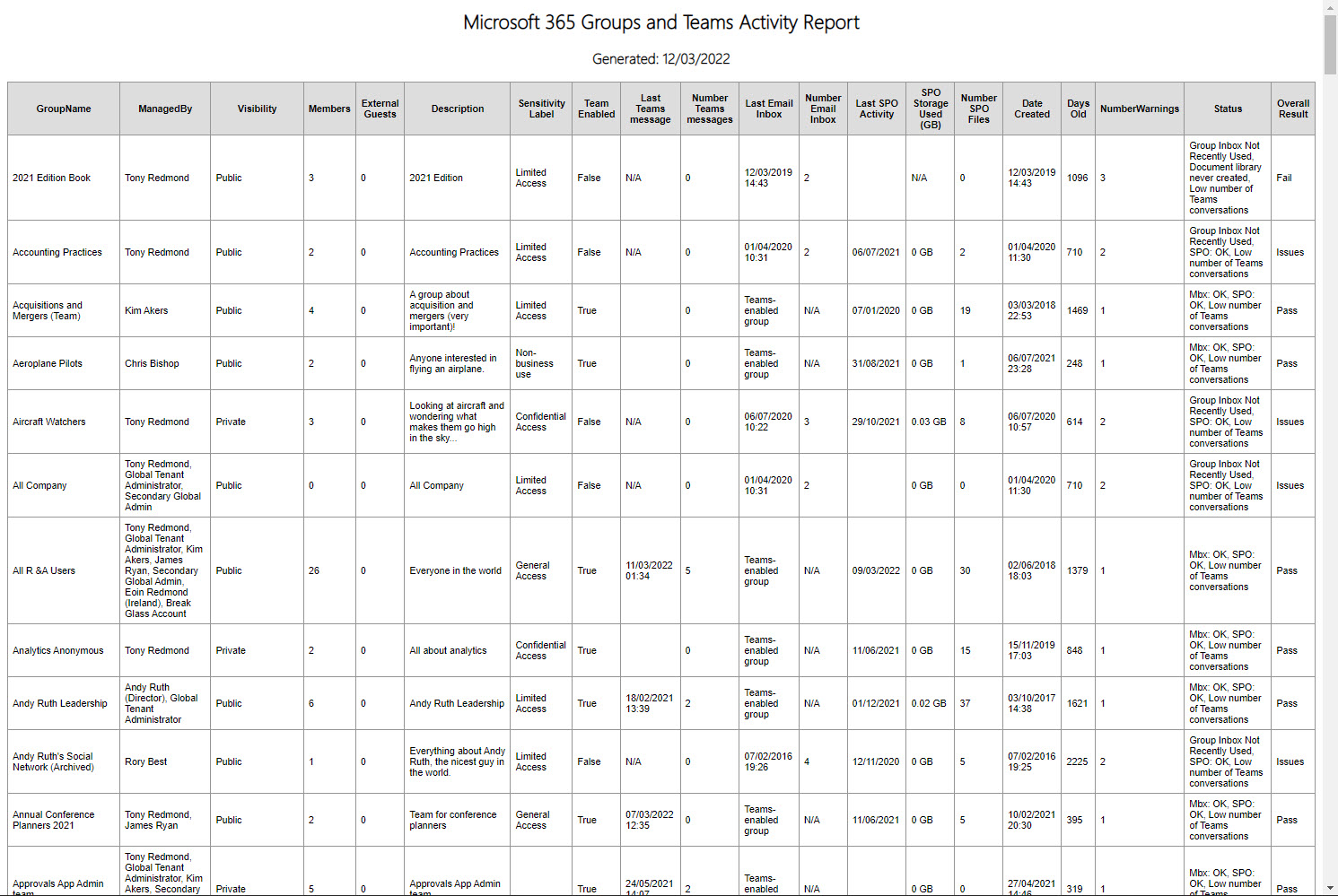 The Microsoft 365 Groups and Teams Activity report is a PowerShell script which tries to work out if groups and teams are inactive by checking various usage indicators. Because it’s written in PowerShell, tenants can change the script as they like, perhaps even adding some extra turbocharging to the ideas we’ve incorporated into the code.