A new Outlook Monarch build is available for Office Insiders to test. Still a prettier version of OWA, Monarch is maturing, and this build is usable, especially if you prefer OWA rather than desktop Outlook. However, if you need offline working, you need to wait a little longer because that feature still isn’t there. 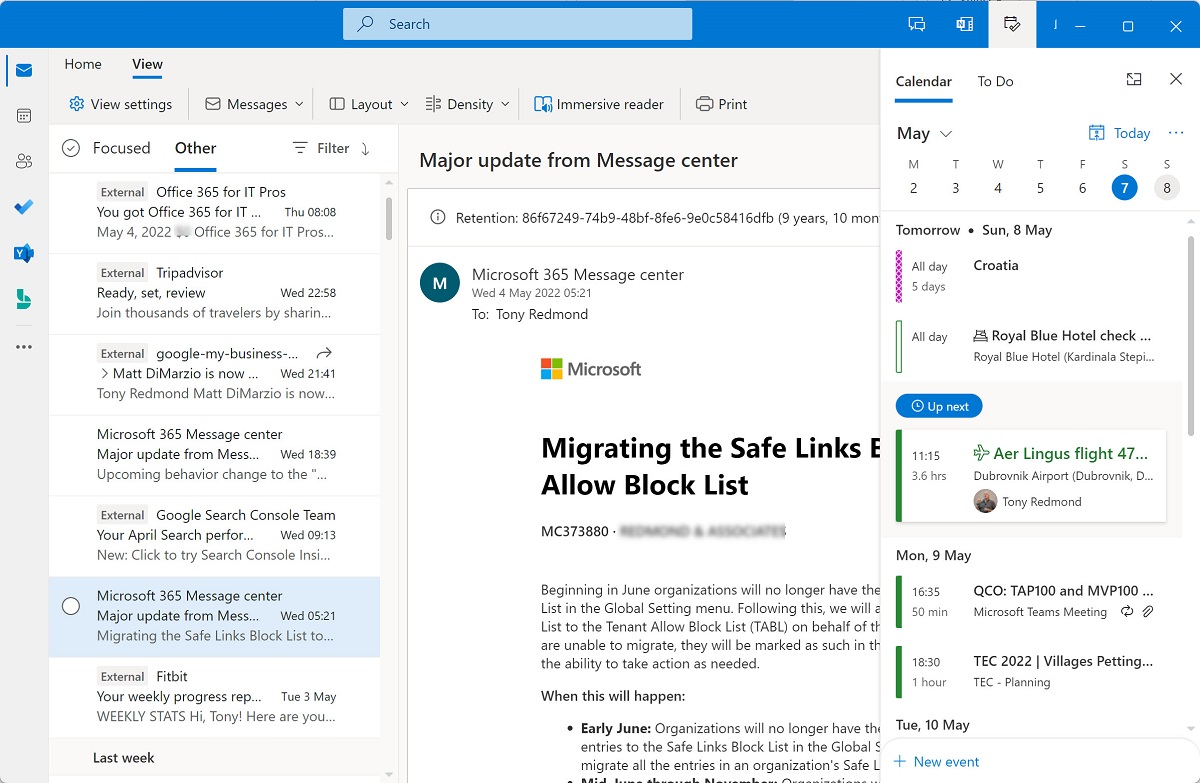 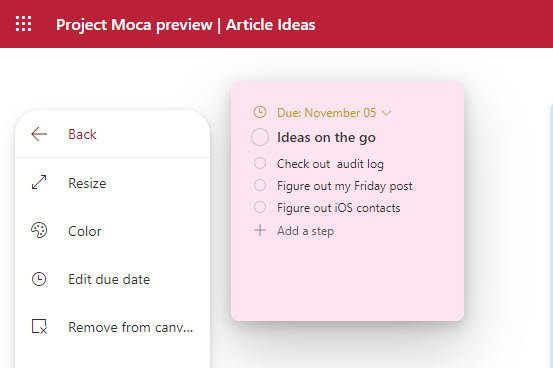 Project Moca is a new Office 365 personal productivity app which doesn’t have a mobile app. It’s hard to be productive if you can’t be when mobile. Which is why To Do allows people to capture thoughts. A workaround of sorts is available through To Do tasks. Whether this is enough for you to switch to Moca is debatable.