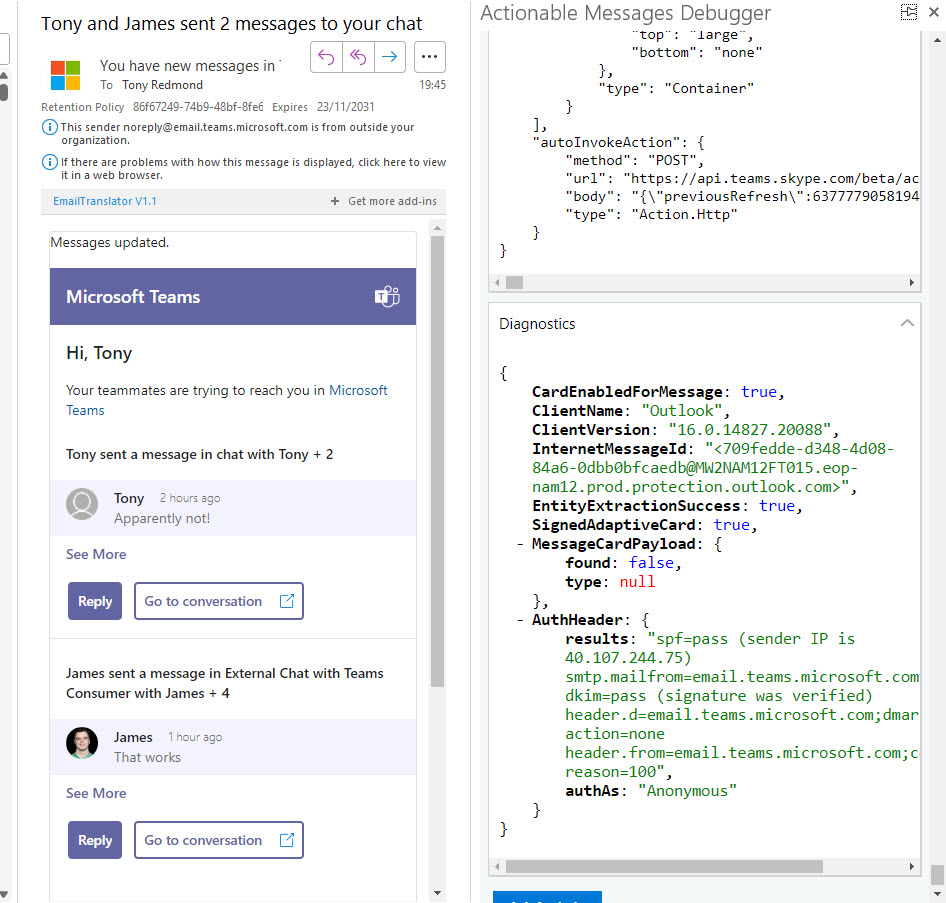 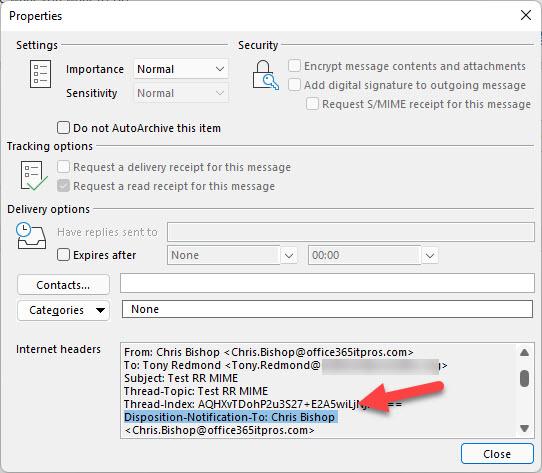 A reader request asked how to force users to send read receipts. This is a client-side feature so the settings involved differ from client to client. We explore how to control them in OWA and Outlook for Windows. A mixture of PowerShell and system registry settings help create a solution. We’re leaving figuring out how to manage other clients to our readers.

A recent update to OWA adds the option to allow users to choose which proxy addresses assigned to a mailbox they would like to send messages from. It’s a small change which completes the client support for the earlier server-side update to allow users to send using mailbox proxies, and it makes using proxy addresses more approachable and useful. OWA also includes a drop-down list in the compose message screen to allow users to select an address to send from, and makes sure that message headers are updated correctly so that messages go back to the right address. 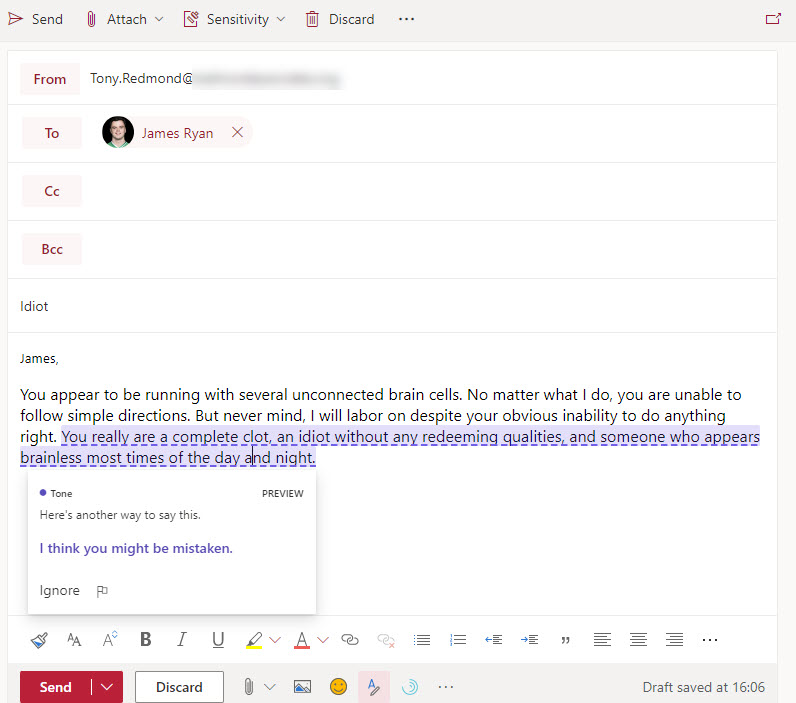 A new Microsoft Editor feature aims to make OWA messages more polite through “tone detection.” Currently only available for U.S. English, Editor scans for impolite text and comes up with suggested replacement text. The results vary from very good to not so good, but this might be because it takes time for a learning model to accumulate enough information about a user’s writing style to be able to detect impolite text accurately. We’ll know over time.

Outlook and OWA users will soon see a banner notification to recommend the installation of an Edge extension. The extension logs into the user account to peek into the mailbox, calendar, tasks, and contacts. Tenant administrators have until July 30 to decide if they will block the display of the banners. This can be done using the Office Cloud Policy Service or a Group Policy Object. 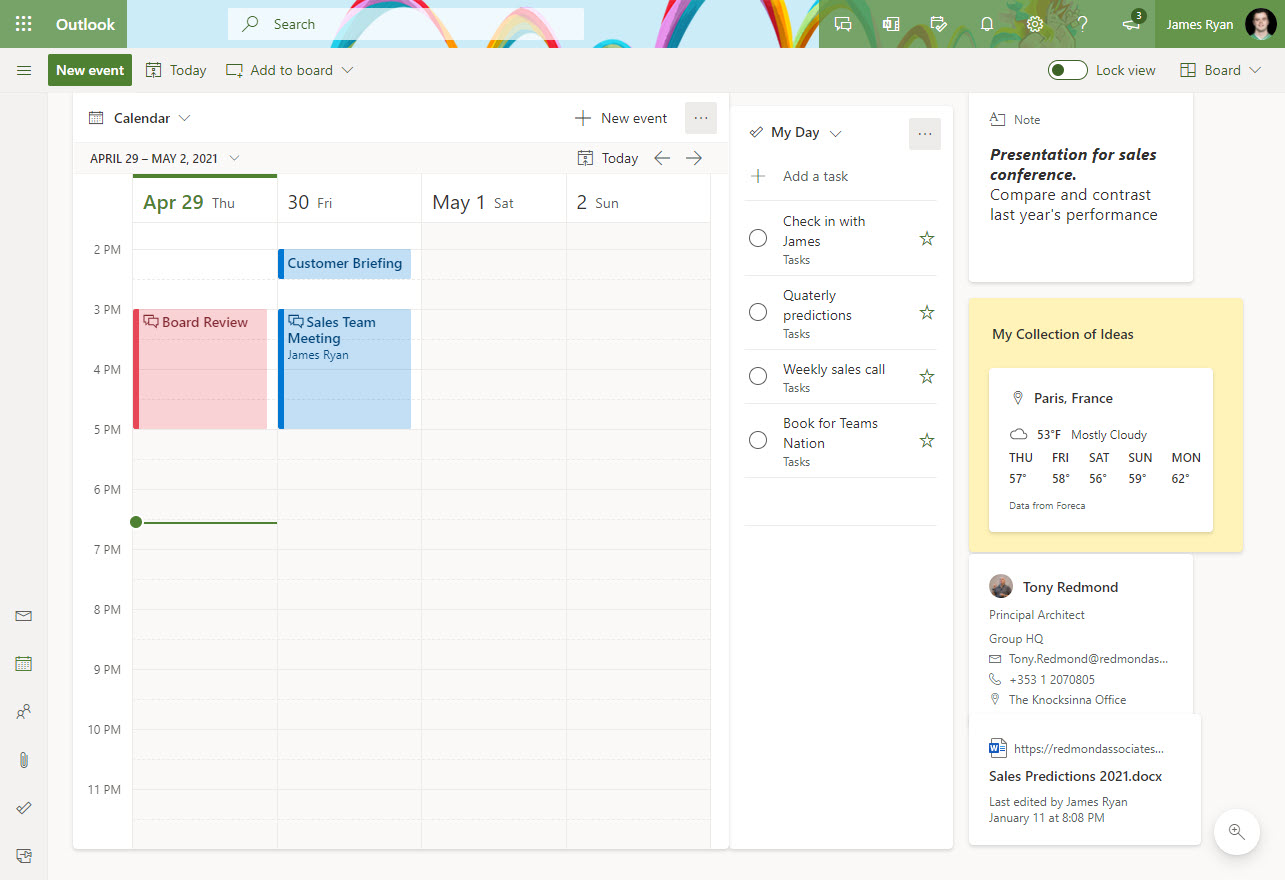 Microsoft is rolling out a new calendar board view for OWA. The new board looks very similar to a Project Moca board, which isn’t surprising because it’s a customized Moca board tailored to focus on the calendar. There’s no news yet when Project Moca might exit its current preview status, but maybe the new view will help by convincing people about the worth of configurable boards. 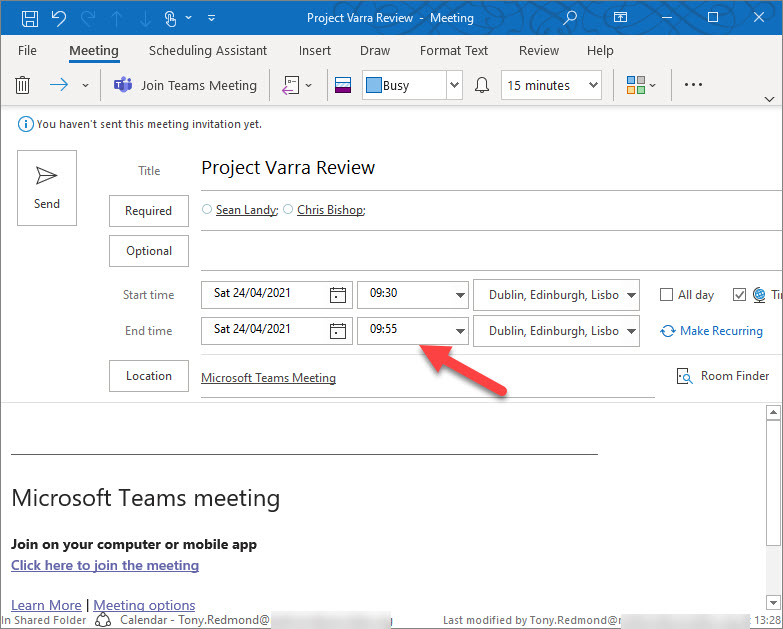 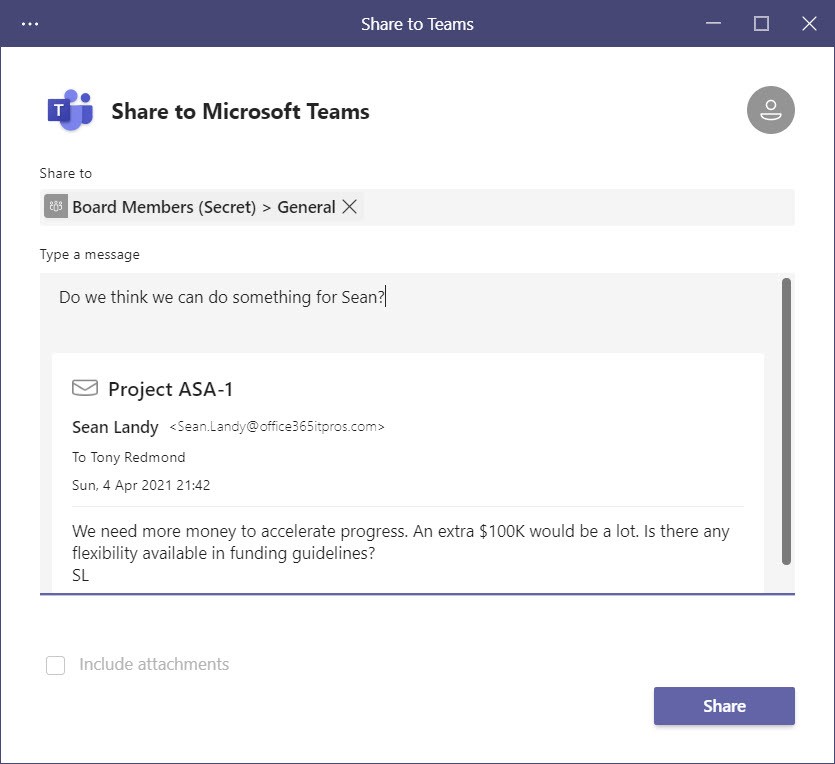 Microsoft has refreshed the Send to Teams option in Outlook for Windows, OWA, and Outlook for Mac. You might not notice the change, but it’s a little faster and works better. Software engineering changes like this happen all the time in the cloud to speed up performance and improve reliability. We keep an eye on stuff like this to make sure that we understand what’s happening across Microsoft 365. It’s just what we do… 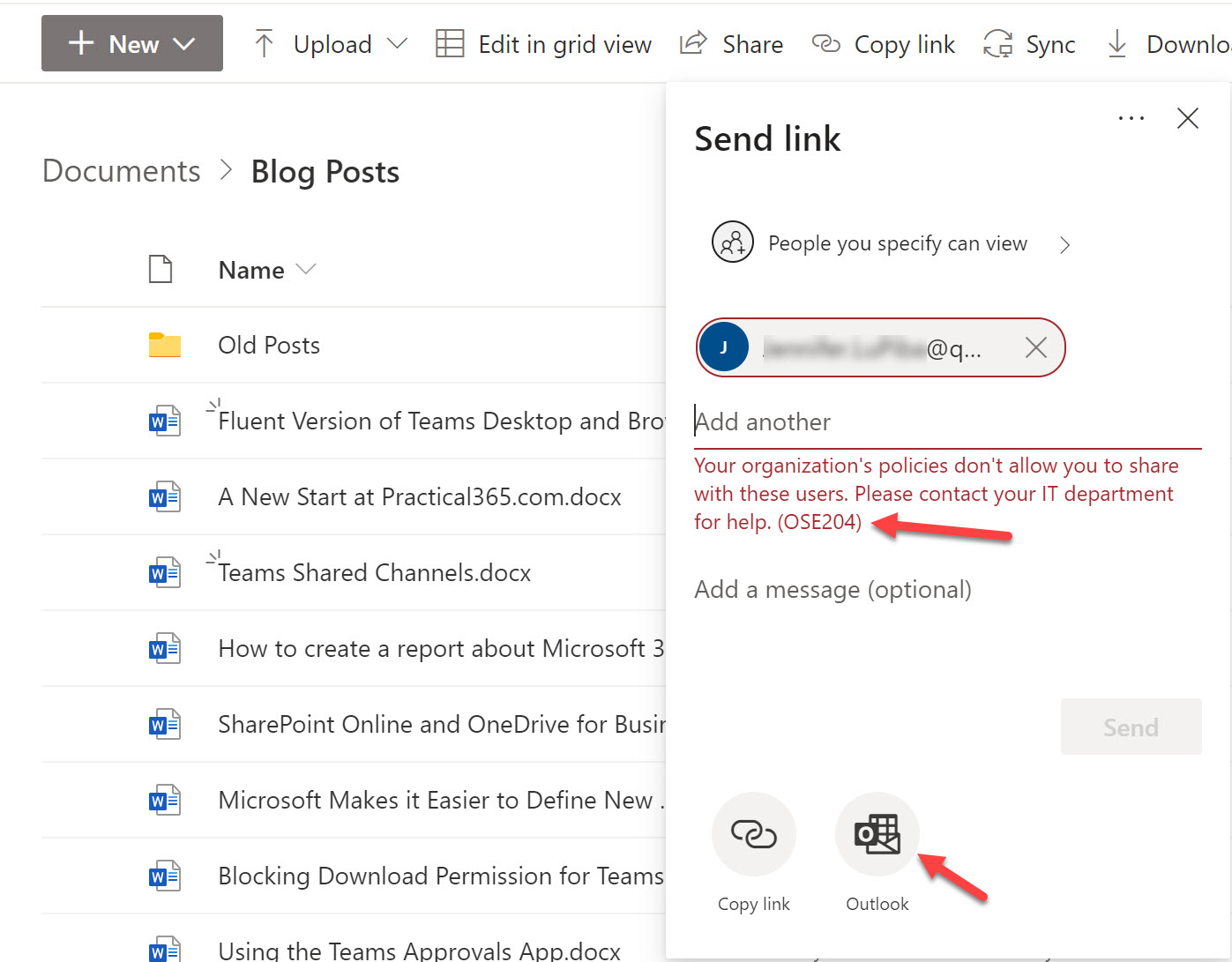 If you encounter an error when sharing a SharePoint file, you might see an error code like OSE204. What do these mainframe-like codes mean and why does SharePoint show them? Or more importantly, how did the sharing capability of a site change through administrator incompetence? And why is Microsoft removing the option to send a sharing link via Outlook (OWA)? 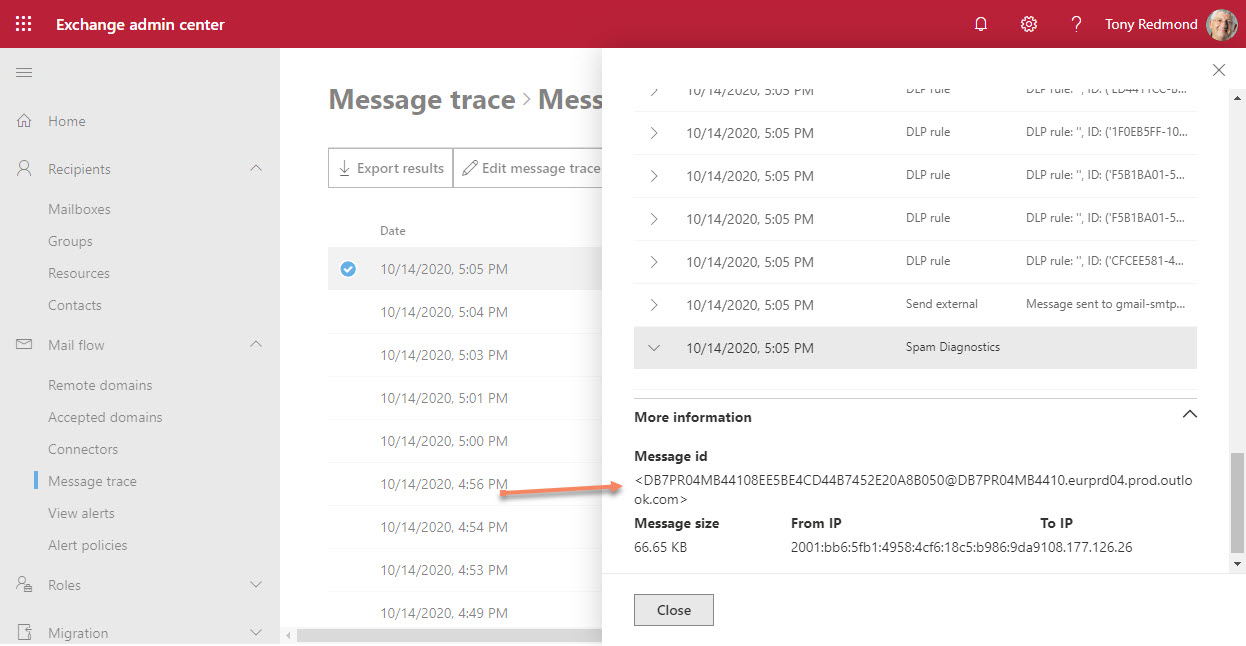 Office 365 Message Encryption (OME) allows OWA users to revoke some messages after they are delivered to recipients. But if the message goes to Office 365 or Outlook.com, you can’t revoke it. And there’s the slight matter of needing an Office 365 E5 license too. Even so, it’s still nice to be able to revoke messages if they go to the wrong place.

Changes coming in May and June will allow organizations to make online meetings the norm when created by OWA or Outlook mobile clients. You can control the feature at the organization level and allow individual mailboxes to override the organization setting.

The Microsoft Immersive Reader exists to make messages more readable for those who need a little help. It’s built into Office apps like Teams and OWA. Most people don’t know this or don’t need to use the reader, but those who do need support to access and understand text will find the Immersive Reader very helpful. 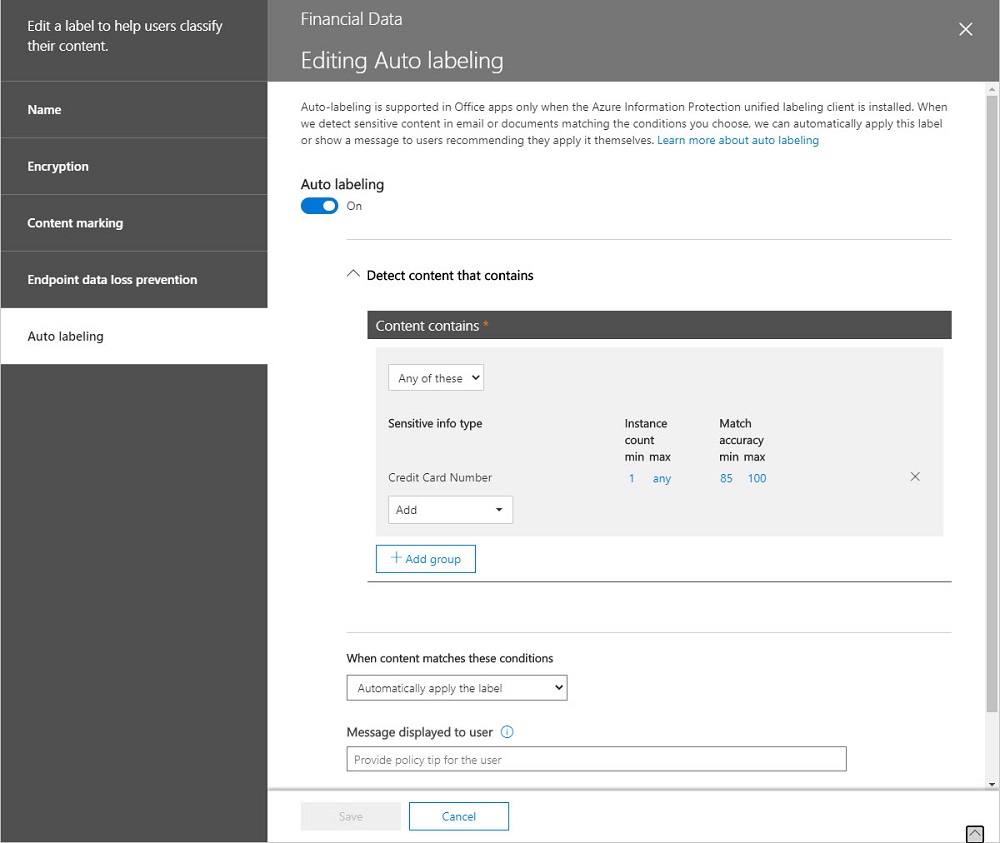 OWA now supports the automatic labeling of outbound messages with Office 365 Sensitivity Labels. The new feature uses Office 365 sensitive data types to detect content in messages that should be protected, and once detected, the message is stamped with a label before it passes through the Exchange Online transport service. 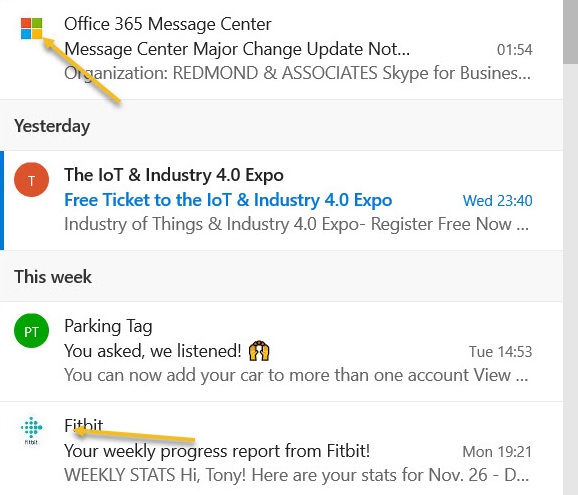