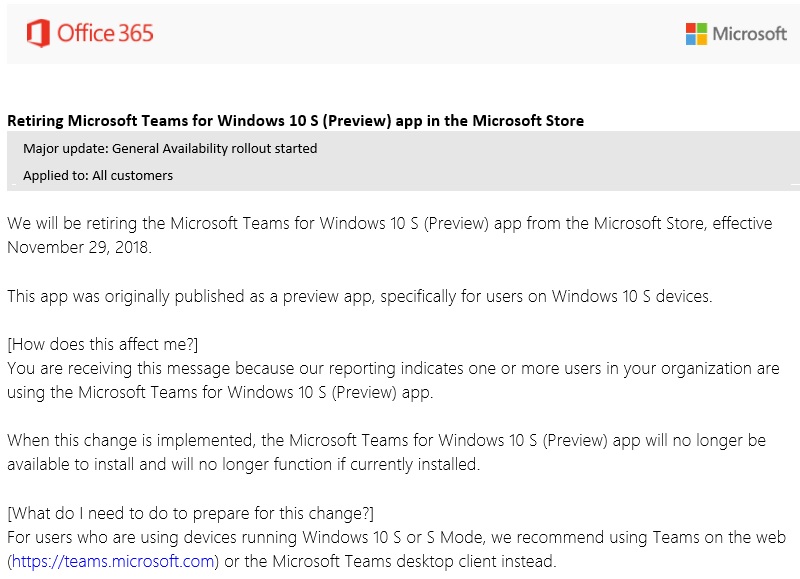 Microsoft will retire the Windows S client for Teams on November 29, 2018. The decision to double-down on the Electron-based client is probably due to the fact that not many people use Windows S.