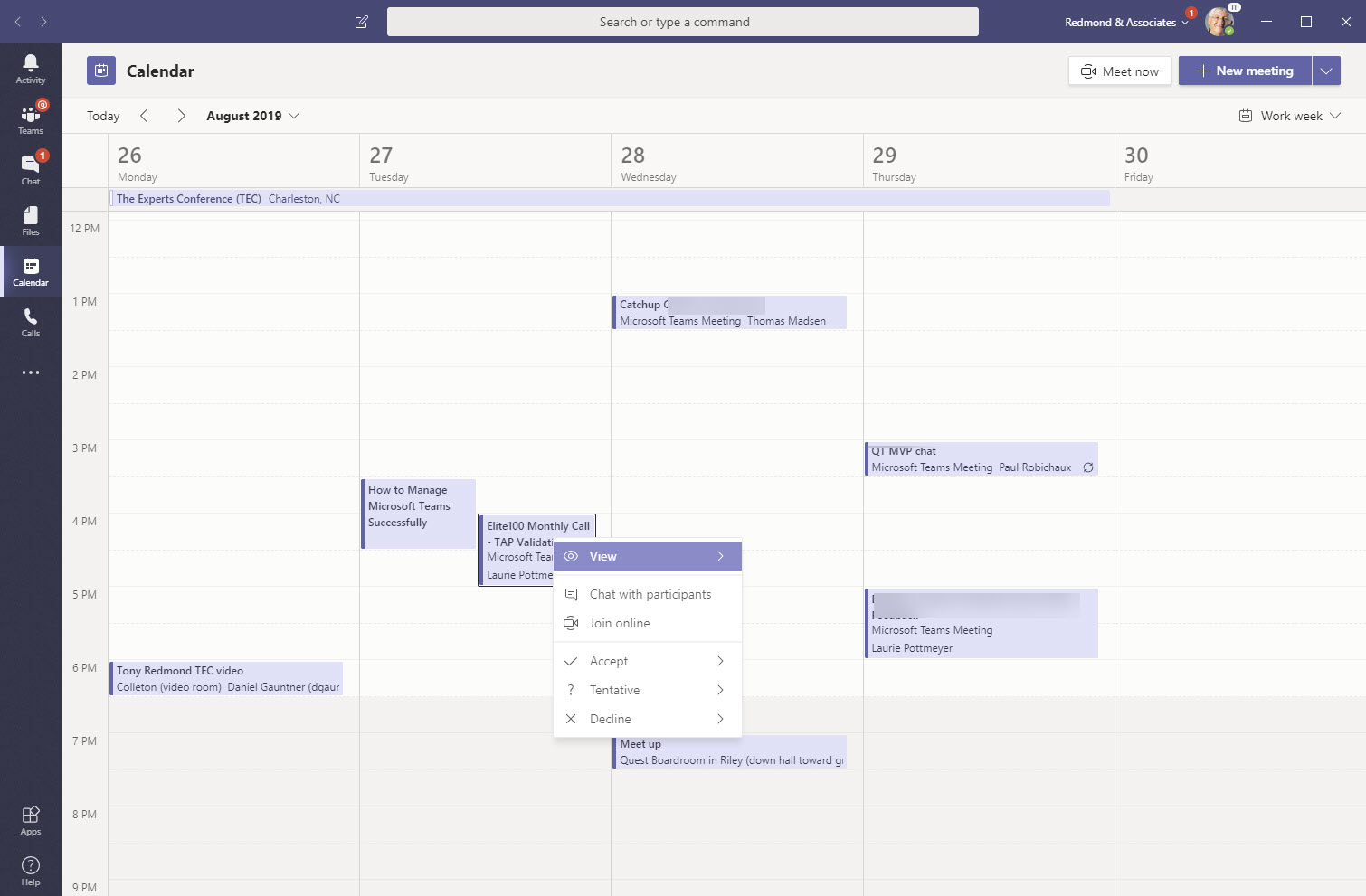 By the end of June, Office 365 tenants around the world will enjoy the chance to use the new announcement post type in Teams. I’m not altogether sure that the new post type will make our lives more productive, but it might brighten some of the boring announcements organizations are prone to make, 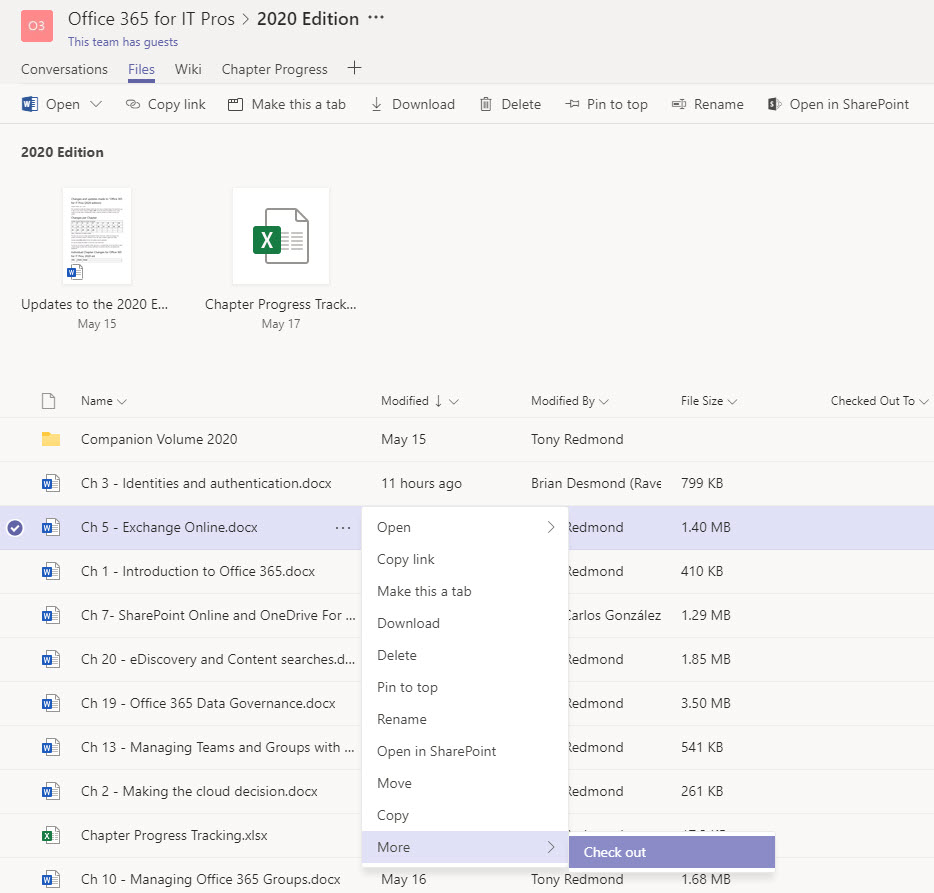 Microsoft has refreshed the Files channel tab to expose more functionality for Teams users when working with SharePoint Online document libraries.Office 365 commercial tenants should see the new UI in June 2019. The new Files channel tab is almost at feature parity with the functionality available through the SharePoint browser UI, but it still lacks the ability to expose and edit document properties. 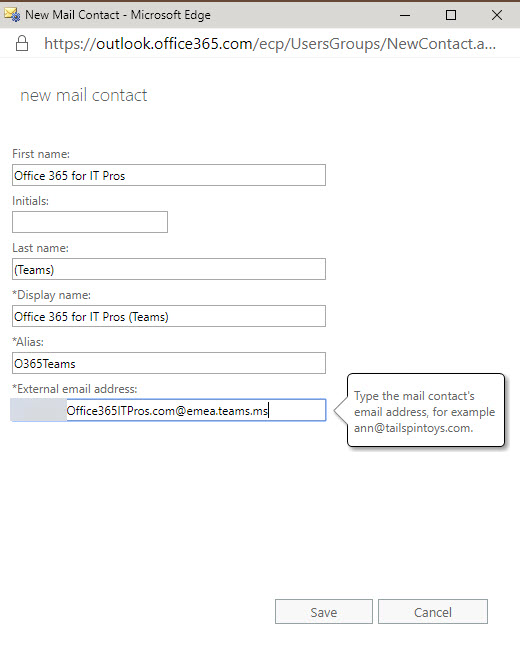 Teams allows users to send email to channels via special email addresses. Those addresses aren’t very user-friendly, but you can add them as mail contacts so that channel addresses show up in the Exchange GAL. It’s easy to do and makes it much easier for people to email Teams channels. That is, until someone removes the channel email address… 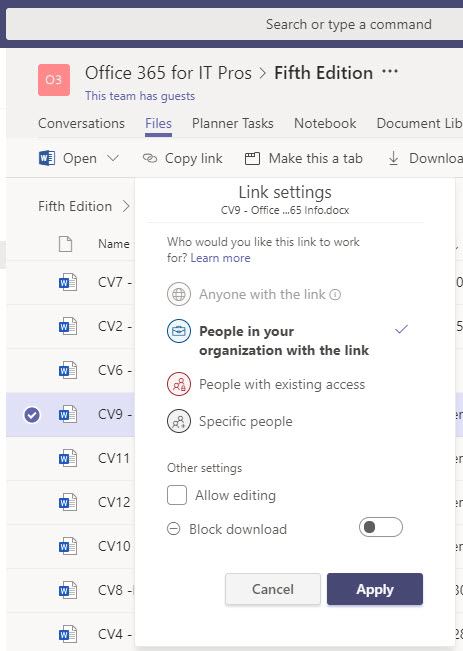 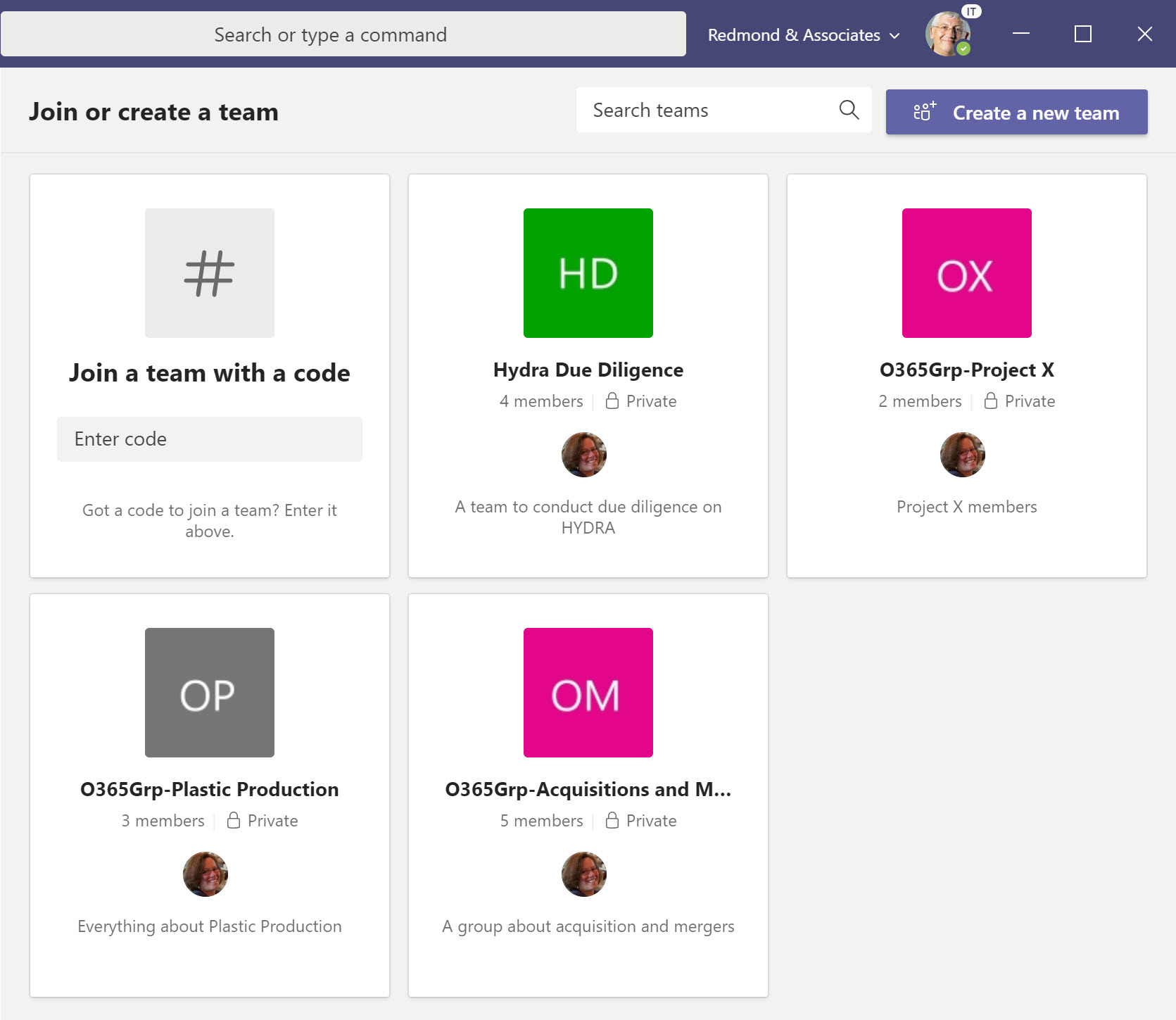 You can use Exchange Address Book Policies (ABPs) to limit the ability of Teams users to chat with each other. Everything works as expected until you look for some new teams to join only to find that Teams can’t suggest any teams to you. The problem seems to be with filtering the set of teams returned by the Microsoft Graph to take account of the scope applied to the user. At least, that’s what I think is going on. 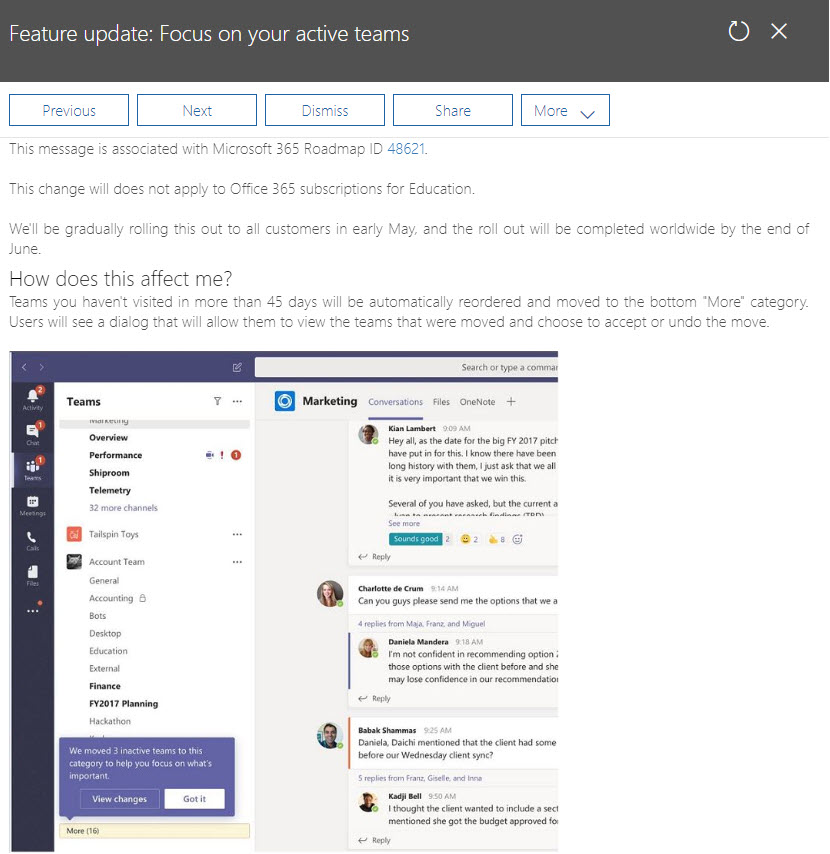 Office 365 notification MC177587 tells us that Teams will soon start to move underused teams to the More section of the teams gallery, letting users concentrate on the set of teams that they really use. Background agents do the work of detecting teams that haven’t been accessed in 45 days or so and users get the chance to reverse the process. But it’s a good idea to let users know what’s coming, just in case they panic when they can’t find a moved team. 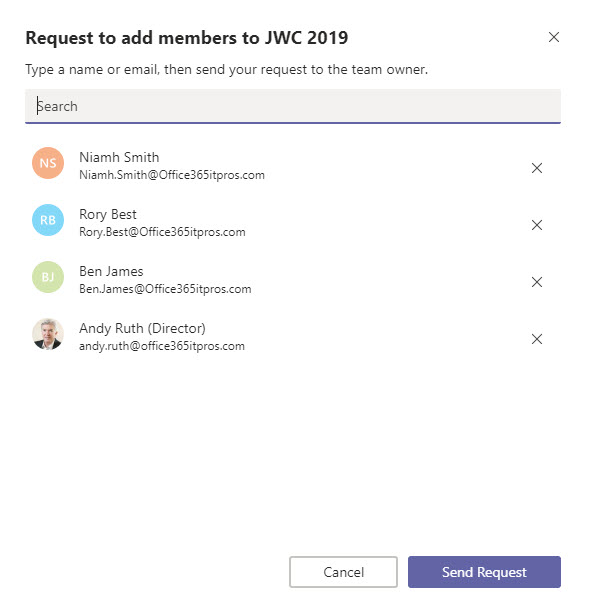 Office 365 notification MC177013 gives the news that team members can now nominate other people to join a private team. Teams routes the requests to team owners, who approve or deny access. It’s a small but useful update.