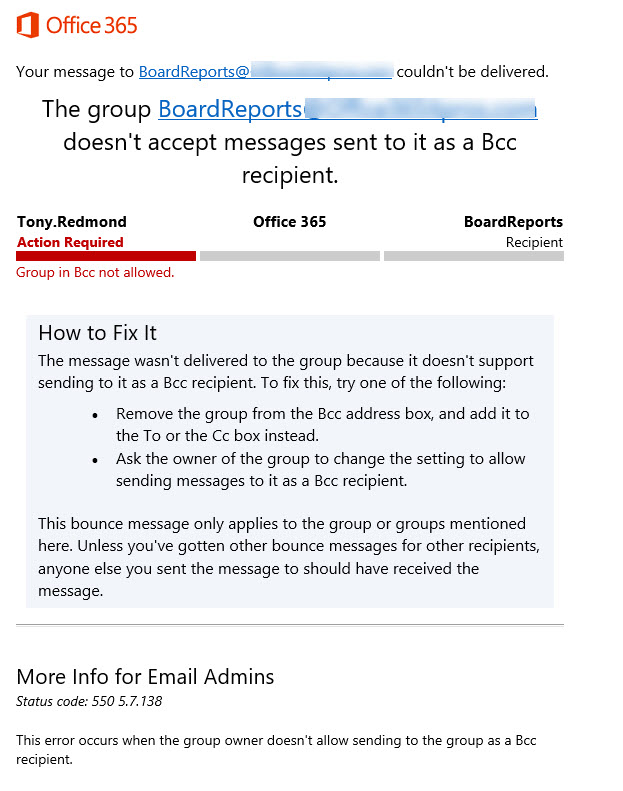 You can configure Exchange Online distribution lists so that they reject messages sent to them as BCC recipients. I’m not sure how much use this feature will get, but it’s nice to have it anyway. PowerShell is the only management tool to configure distribution lists for the new block until Microsoft gets around to updating the Exchange Admin Center.