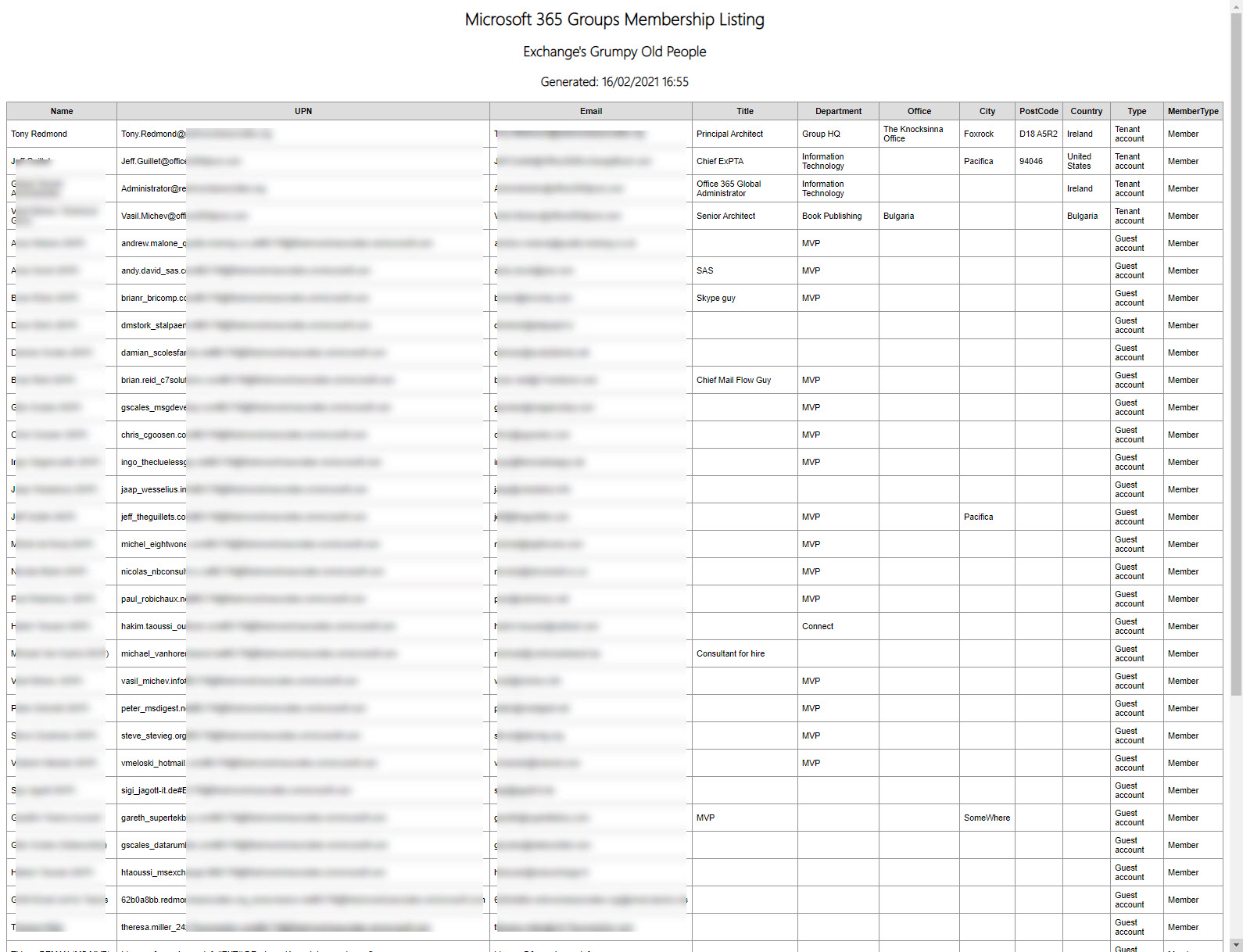 Many people want to print off membership details of Microsoft 365 groups, which makes it curious why Microsoft doesn’t support the option in Teams, OWA, or other applications. Fortunately, it is very easy to extract and report membership with PowerShell. Here’s how to generate a HTML report with a CSV file on the side.