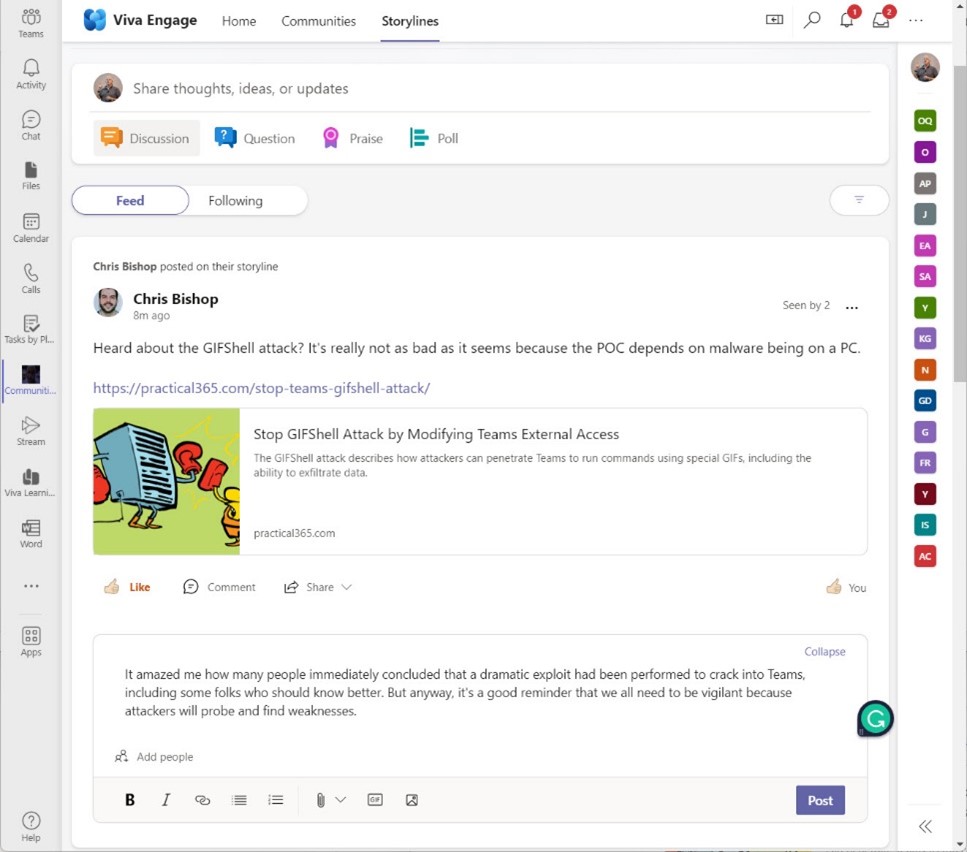 Viva Engage Storyline is a new way of posting information to Yammer. Instead of posting to communities, people can post to their personal storyline, with the aim of fostering better communication and creating their personal brand. Storyline works in both the Viva Engage app in Teams and the traditional Yammer browser UI. It’s a nice way to post stuff when you don’t have a good home for the information, but I do have a nagging doubt that storyline is just another way to share information inside Microsoft 365, which is exactly what’s needed. 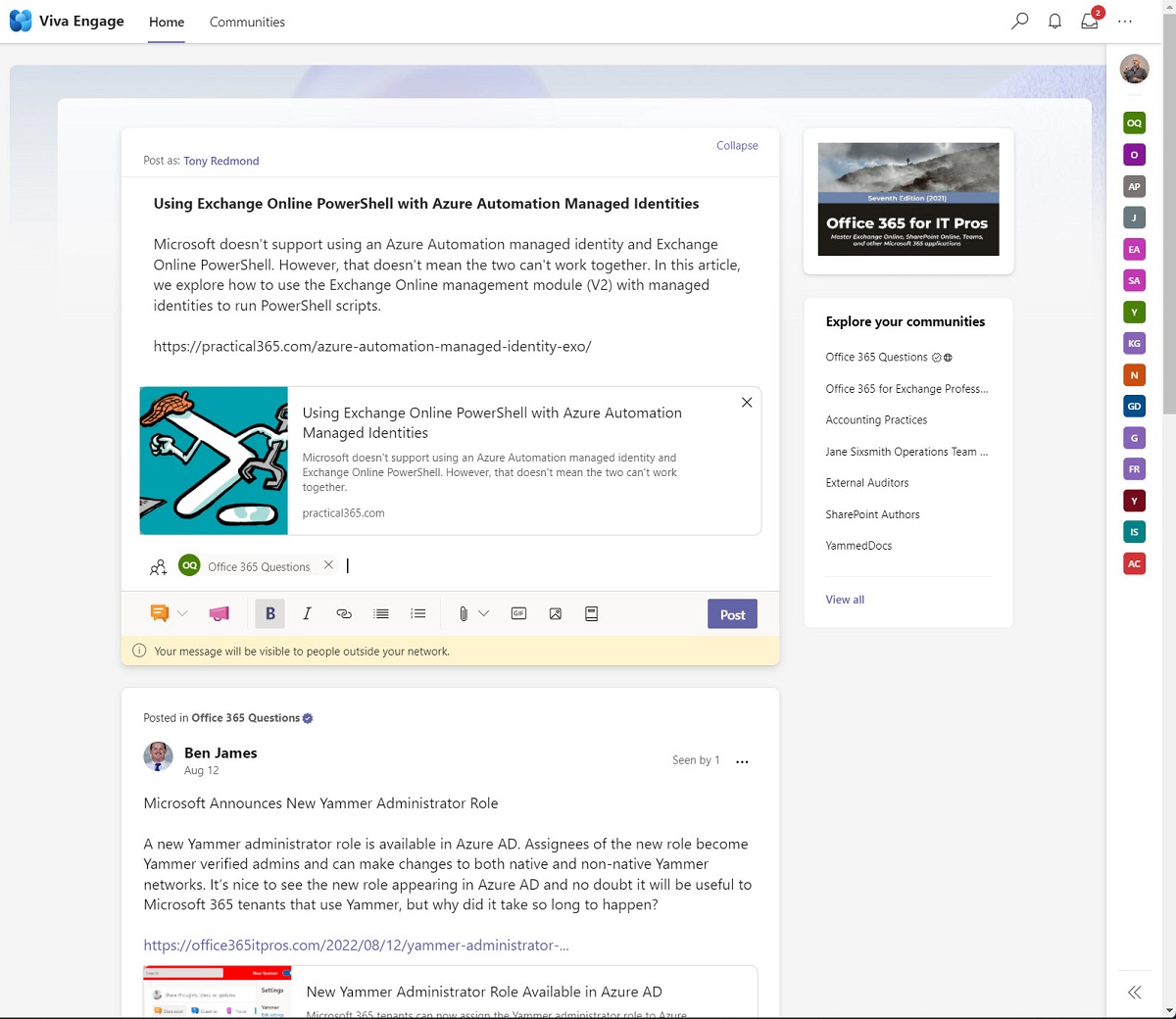 Some recent announcements have shown Yammer’s new direction. The Communities app is now Viva Engage and Teams Meeting Q&A app is powered by Yammer. That’s all good because it negates some of the tension between Teams and Yammer in terms of positioning within Microsoft 365. The messages that make up Q&A in Teams meetings are captured for compliance purposes, and that’s also a good thing. 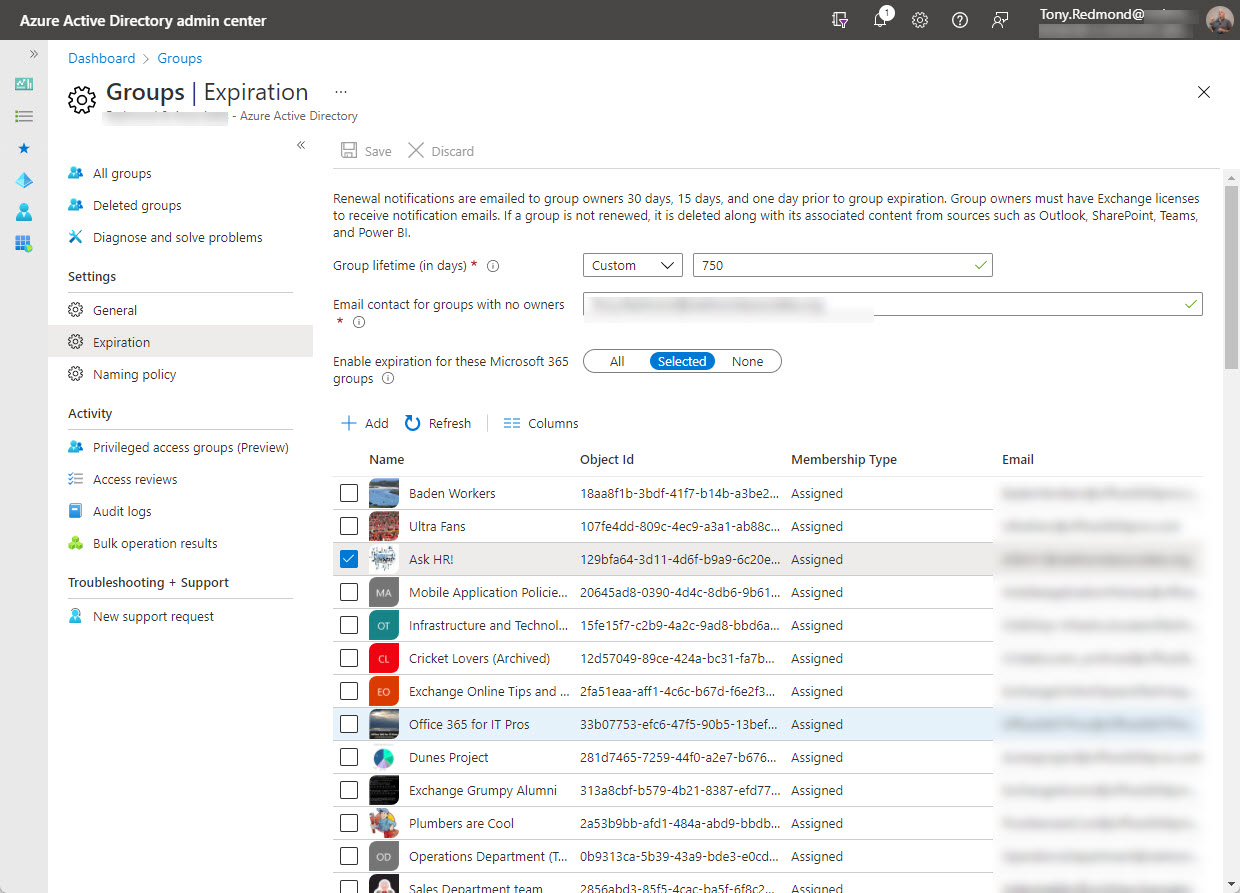 The Microsoft 365 group expiration policy can remove inactive groups after a set period. This helps clean up Azure AD, but the removal of a group might come as a surprise. To help remind administrators when groups will expire, we can use PowerShell to create a report of groups within the cope of the expiration policy and their next renewal dates. And to speed things up, we can turbo-charge matters with a Graph query.