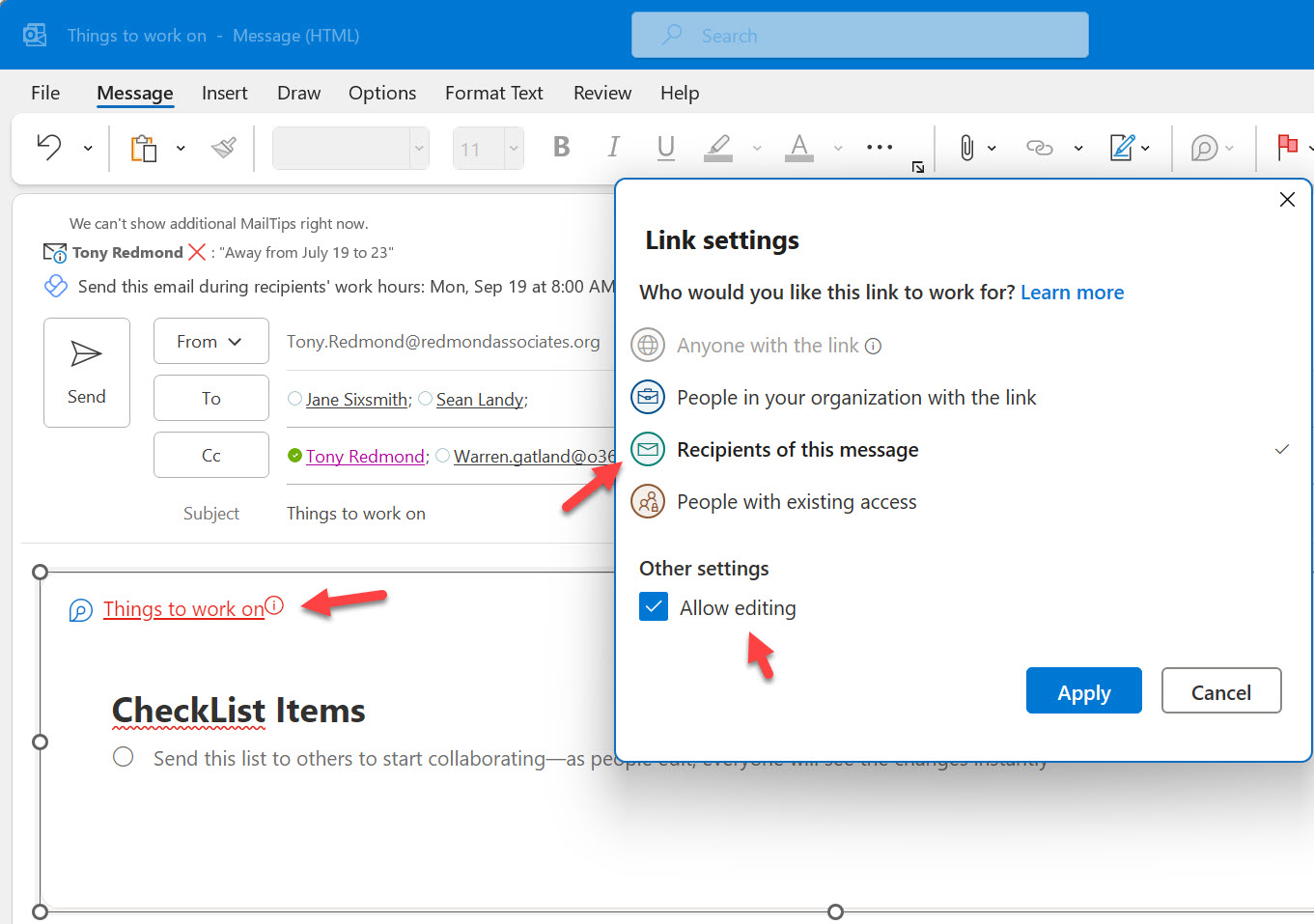 Like OWA and Teams chat, Outlook for Windows boasts the ability to add Loop components in messages. The implementation is very similar to OWA, as you’d expect, which means that some of the same shortcomings seen in OWA are in Outlook for Windows. Such is life.