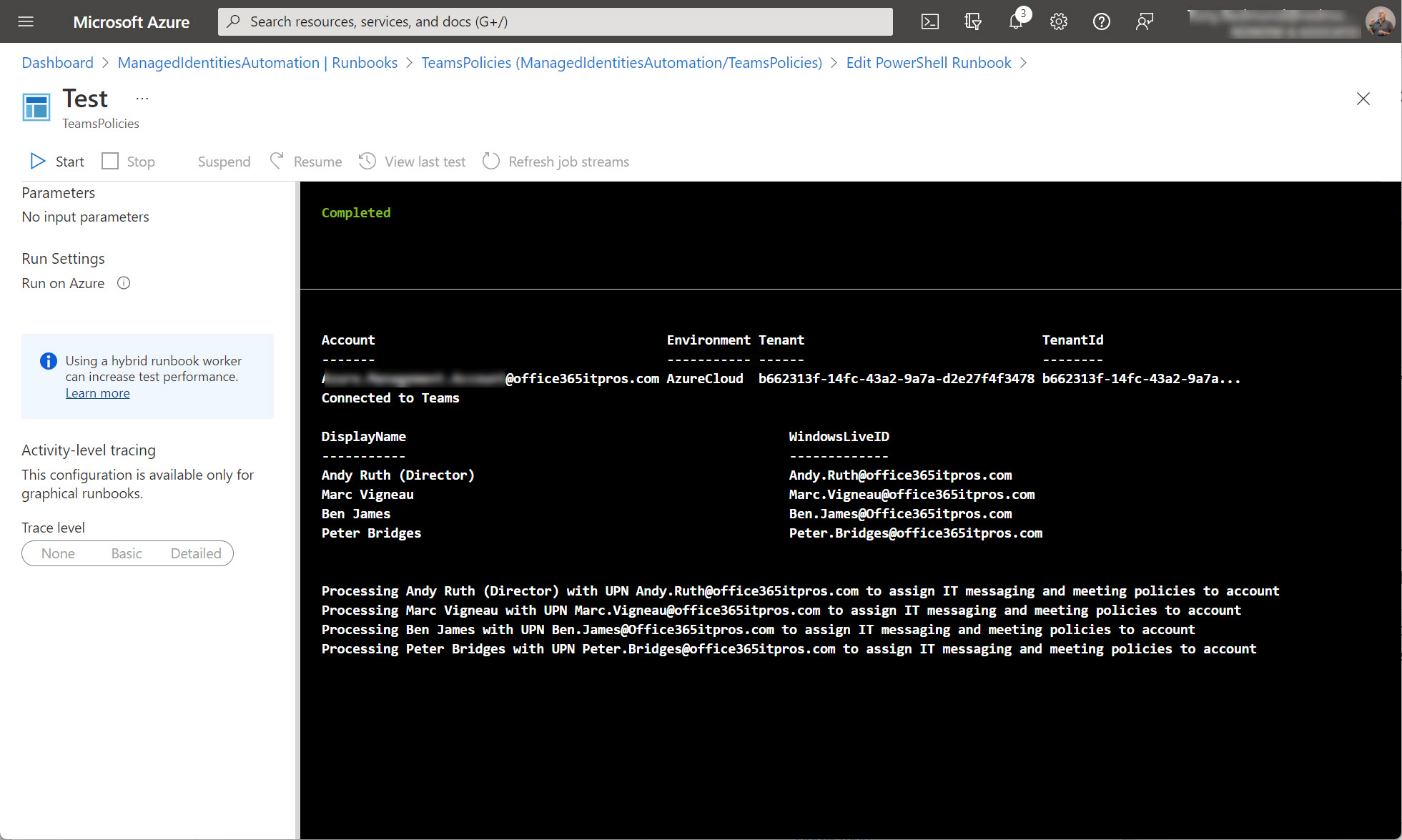 This article explains how to make Teams policy assignments using an Azure Automation runbook and some of the modernized cmdlets available in the Teams PowerShell module. Not everything worked as smoothly as we’d like, but like most PowerShell scenarios, there’s usually a workaround available to get the job done. It just needs to be found. 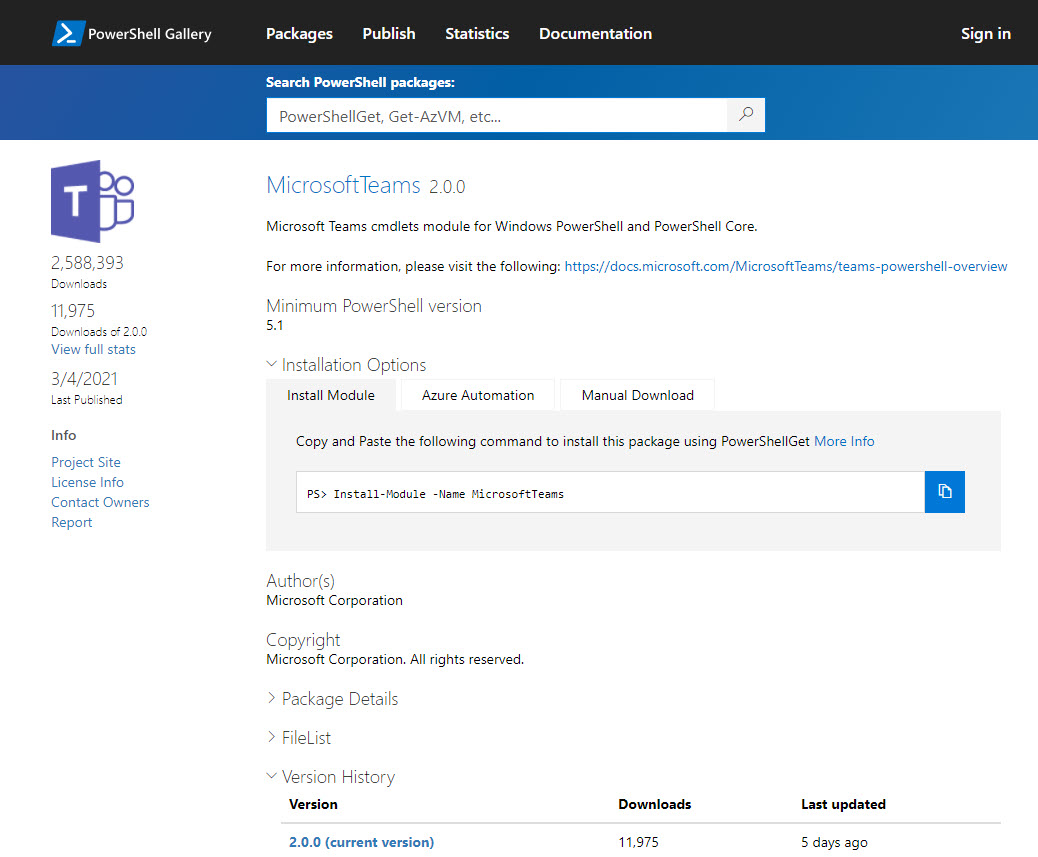 Microsoft has released V2.0 of the Teams PowerShell module. It brings some welcome improvements, notably the inclusion of all the management cmdlets, but has a downside too. The new cmdlets for managing teams templates are not easy to use and some authentication issues affect the Connect-MicrosoftTeams cmdlet after a change in authentication libraries. Microsoft has some work to do to improve this version of the module. 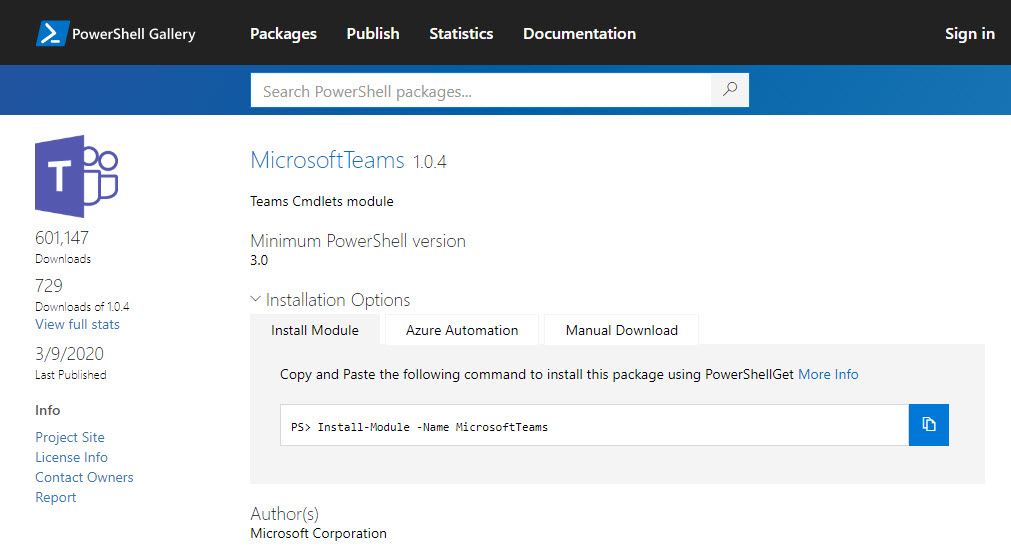 Microsoft released Version 1.0.4 of the Teams PowerShell module on March 9. The new module comes with some useful updates and is recommended for anyone working with Teams through PowerShell. And if cmdlets don’t do the job for you, there’s always the Microsoft Graph as you can combine PowerShell and the Graph to solve even more problems.