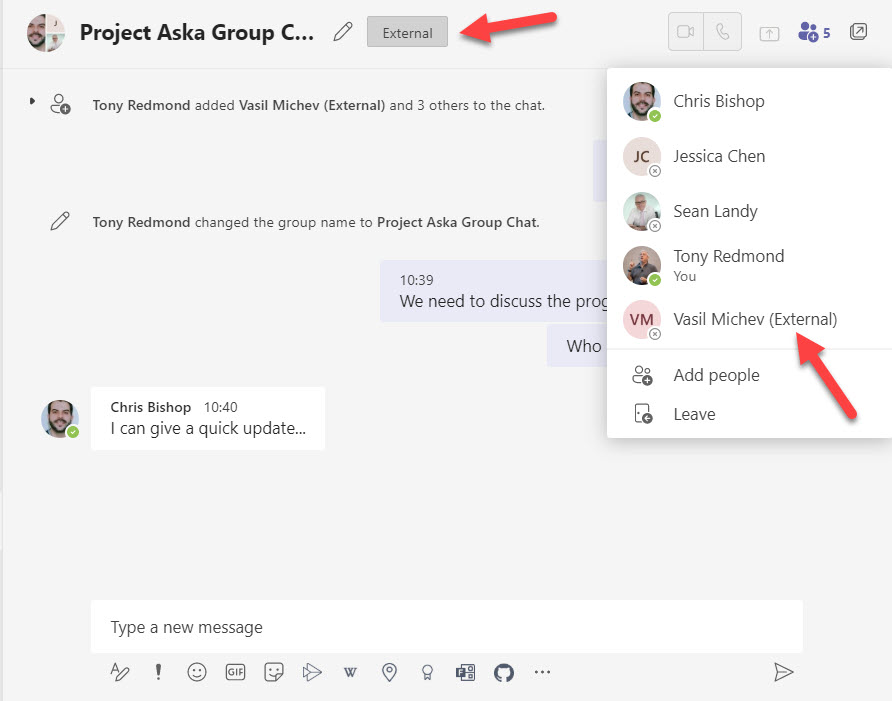 Microsoft Teams Connect now allows external (federated) people to join group chats. Federated participants come from other Microsoft 365 tenants. Previously, federated chats were only supported for 1:1 conversations, but as part of the effort to prepare for the introduction of shared channels (also based on federation), multiple external participants can join a group chat.

Microsoft announced on May 1 that the limit for Teams group chats is increasing from 100 to 250. The new limit will be available everywhere by mid-May. Nice as an expanded limit it, large group chats come with some notable decreases in functionality, like losing the ability to display user status messages or read receipts. In some cases, taking a conversation to a channel might be a better idea.