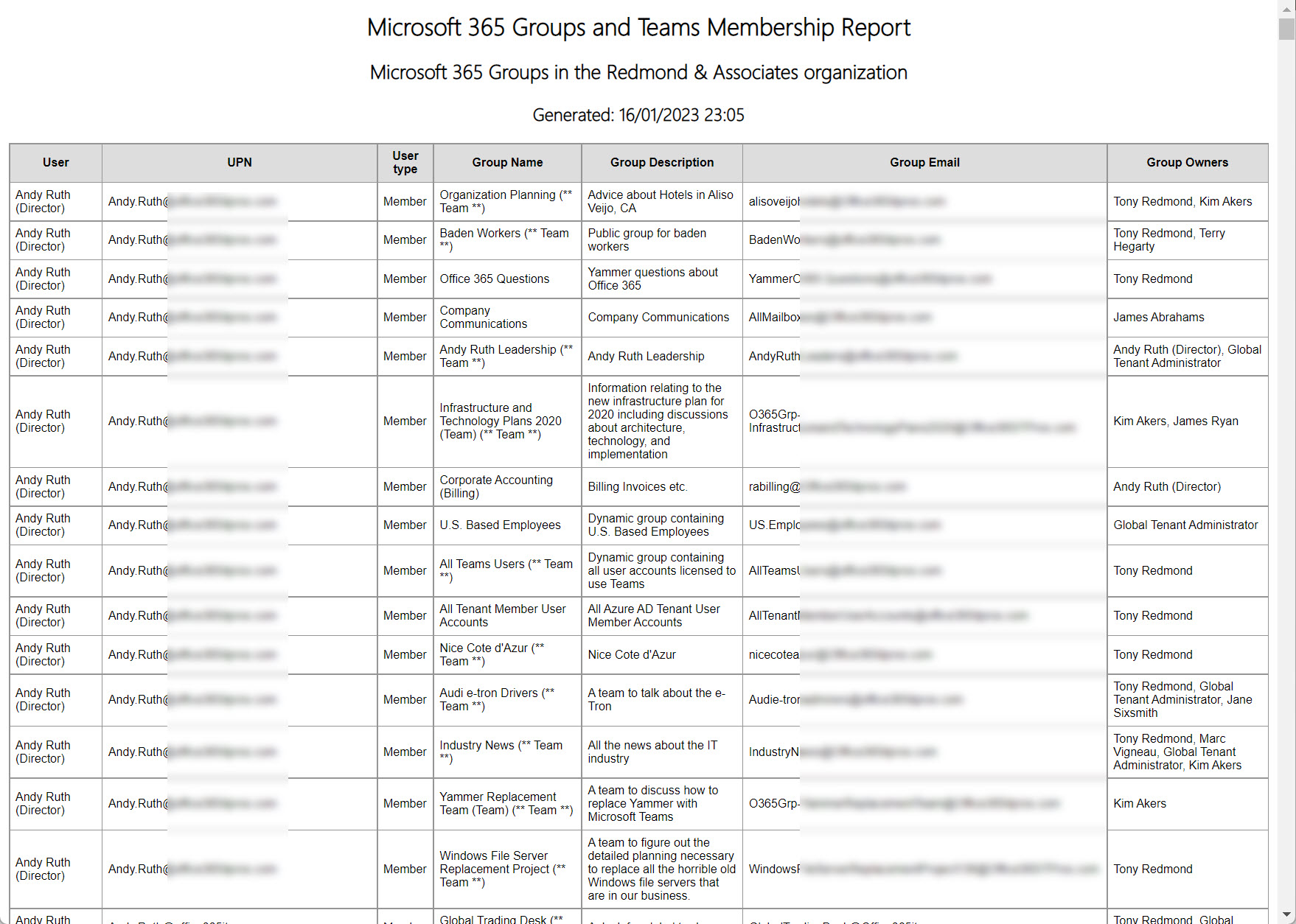 The Microsoft 365 Groups Report (membership of groups and teams) originally used the Azure AD and Exchange Online PowerShell modules. Now its code uses only cmdlets from the Microsoft Graph PowerShell SDK. It’s an example of the kind of update that many organizations are going through due to the upcoming deprecation of the Azure AD and MSOL modules.

Azure AD Guest Accounts have a habit of becoming stale or obsolete as time progresses. Guest accounts created to share documents or to be a member of a long-forgotten team or group remain in Azure AD until someone comes to clean them up. This article explains how we refreshed a popular script to use cmdlets from the Microsoft Graph PowerShell SDK to report guest accounts with different degrees of staleness.

Microsoft has released the first public preview of the Microsoft Graph PowerShell SDK V2.0. Although the new version delivers some welcome functionality, it contains some contentious proposals such as dividing the SDK into V1.0 and beta modules and using different names for the beta cmdlets. It would be nice if Microsoft fixed some of the basic group and user cmdlets before they imposed more work on PowerShell developers. 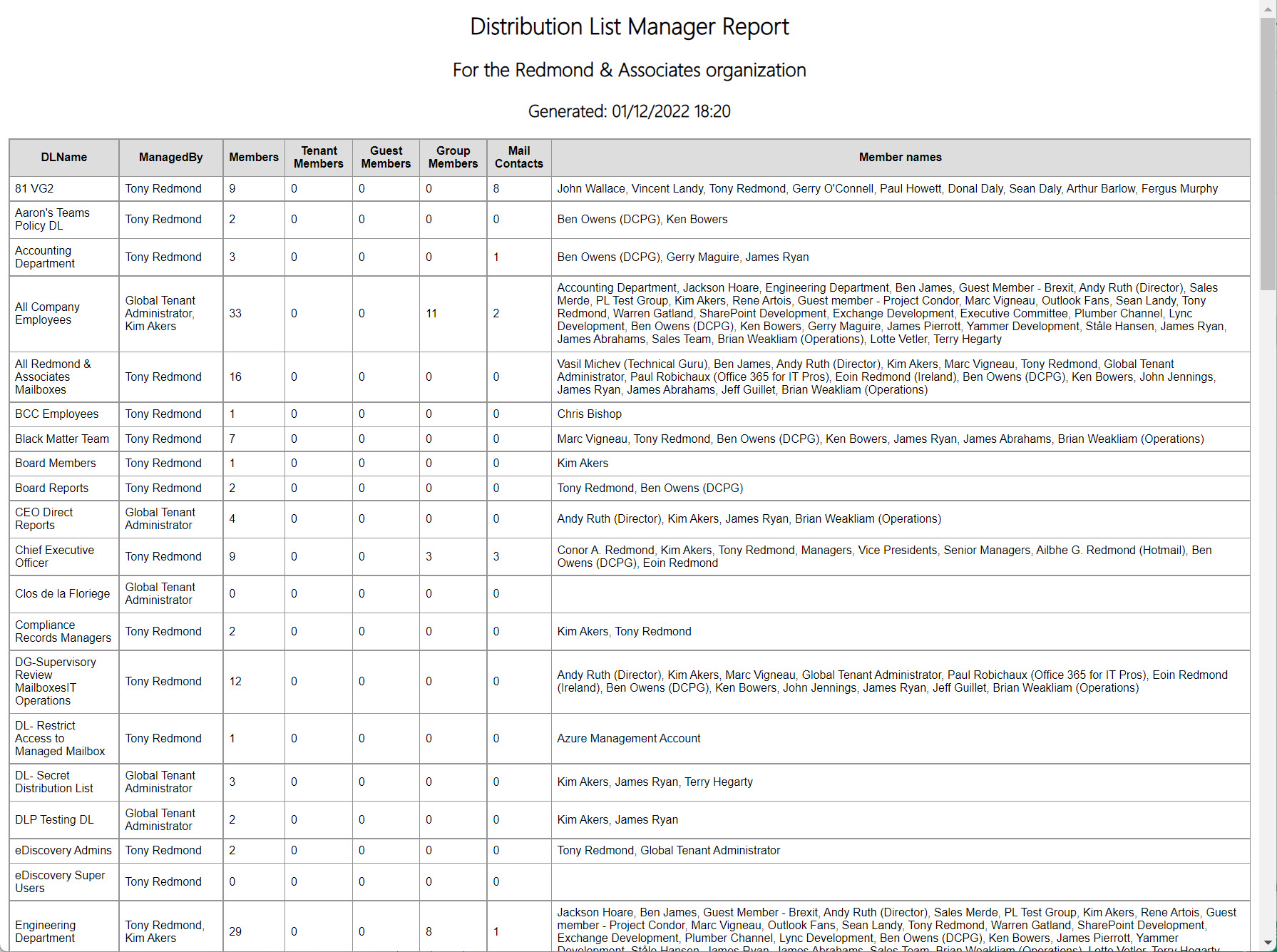 Microsoft will deprecate the Azure AD and MSOL PowerShell modules in June 2023. It’s time to convert scripts that use cmdlets from these modules and the Microsoft Graph PowerShell SDK is probably the best answer. This article explains how to generate a report of Exchange Online distribution list memberships, a task often handled in the past with Azure AD cmdlets. 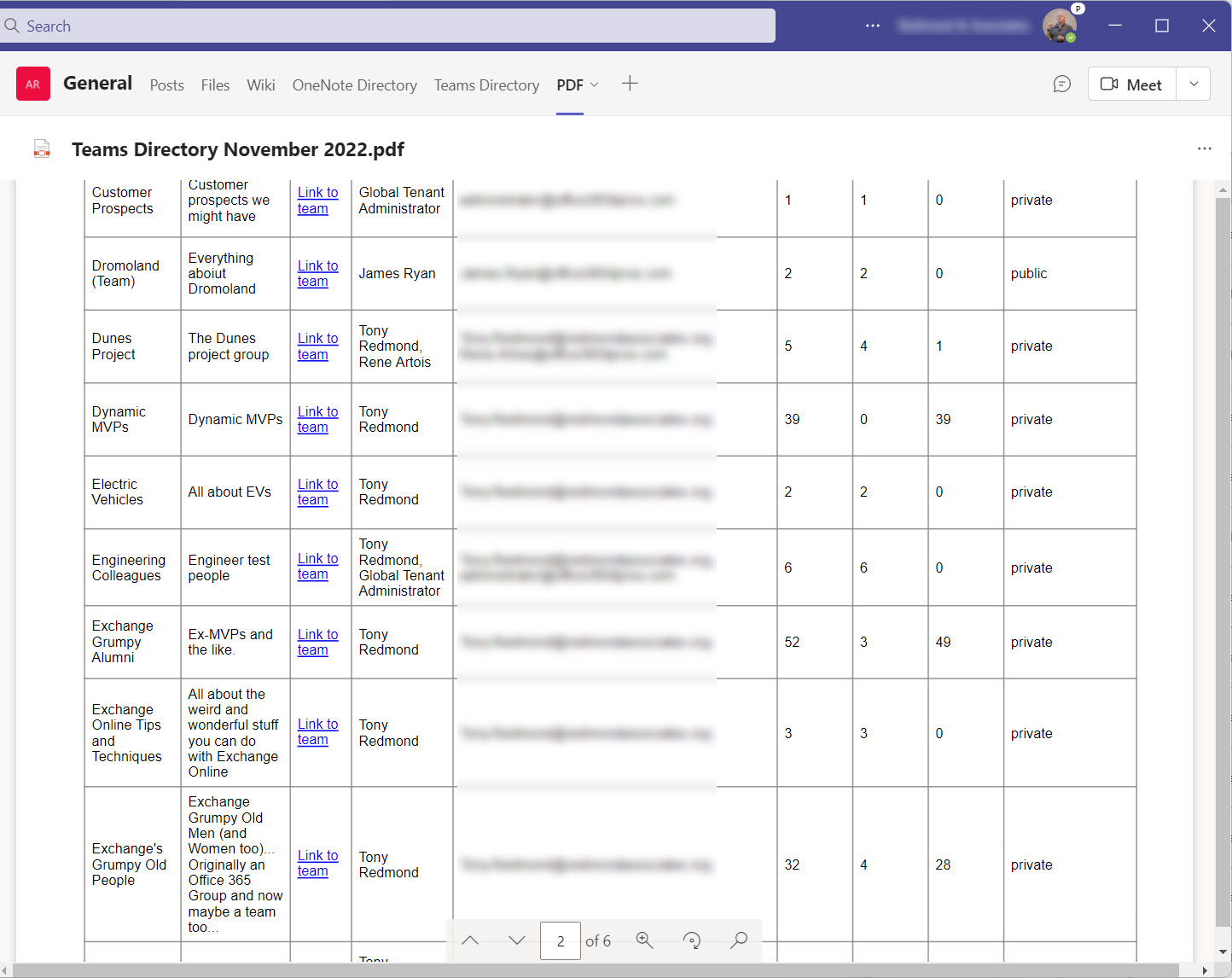 Microsoft Teams doesn’t come with a Teams Directory, so it’s hard to know if a suitable team already exists when people ask for a new team. This fact contributions to teams sprawl where multiple teams exist to serve the same purpose. Teams sprawl creates an obstacle to effective collaboration and runs the danger that some important information is tucked away inside teams that no one ever goes near. Creating a Teams Directory helps team owners and users know what teams already exist inside a tenant. It’s an idea that just makes sense.

In most situations, it’s a good idea to enable Azure AD accounts for SSPR (self-service password reset) to avoid the need for administrators to update user accounts when things go wrong. This article explains how to report accounts that are not yet set up to use SSPR. It’s a check that should happen regularly, perhaps with the aid of Azure Automation.

Cmdlets in the Microsoft Graph PowerShell SDK module can interact with many types of Microsoft 365 data using Graph API requests. Adding the Debug parameter gives you an insight into what happens when SDK cmdlets run Graph requests. The knowledge can help you write better code and avoid mistakes, and that’s always a good thing.

Time is ebbing away and the date when the Azure AD PowerShell modules will start not to work is approaching. Microsoft wants customers to upgrade to the Microsoft Graph PowerShell SDK or Graph API requests. That’s fine, but a knowledge gap exists because most of the examples – including in Microsoft’s own documentation – for how to interact with Azure AD via PowerShell use the old modules. And then every other blog on the planet (with some notable exceptions) does the same. So we have work to do to bridge the knowledge gap and help people to make the transition. 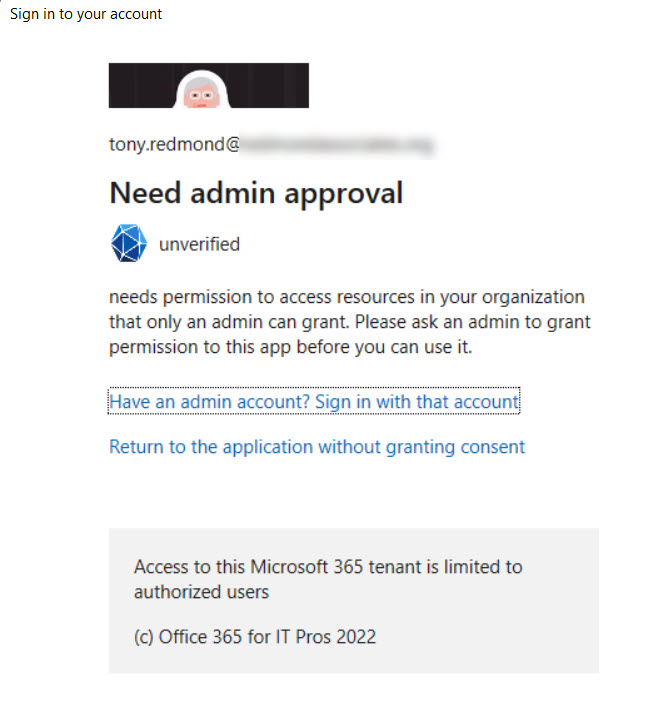 The Azure AD PowerShell module allows guest accounts to sign into target tenants and update their account photo there. The Microsoft Graph PowerShell SDK includes a cmdlet to do the job, but it doesn’t work when connected to a target tenant. Permissions are the reason why, which is what we explain in this article. 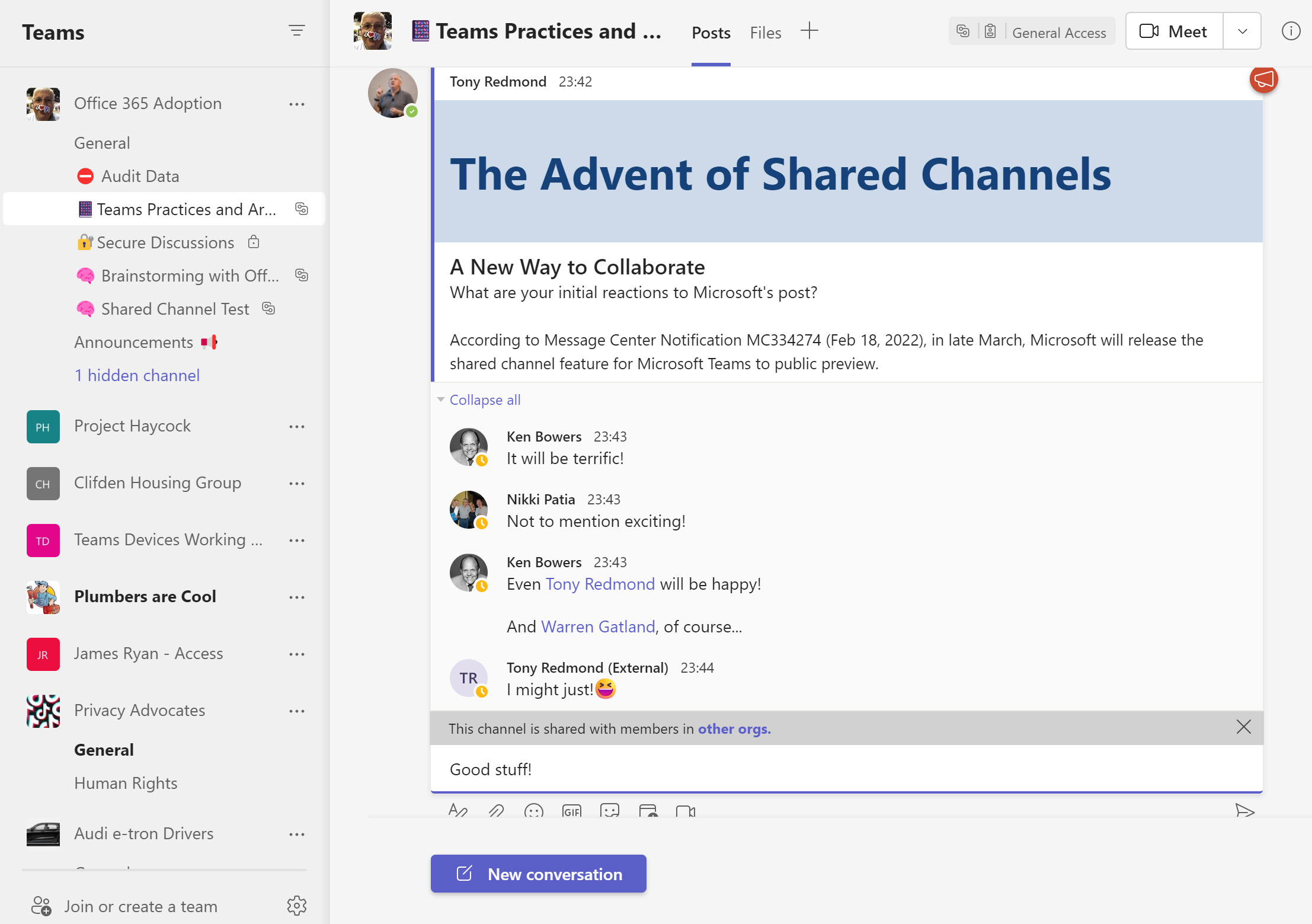 Teams shared channels are now in public preview, meaning that many organizations are trying them out to see how effective a means of collaboration these channels are. One of the administrative challenges of implementing shared channels for cross-tenant collaboration is knowing who uses the channels. An answer can be found in the Azure AD sign-in logs, but only after you go looking.

Assigning Azure AD roles to user accounts is the way users receive permissions to perform certain administrative actions. You can automate these assignments using cmdlets from the Microsoft Graph PowerShell SDK. That is, until the time comes to remove assignments.

The Microsoft Graph SDK for PowerShell includes cmdlets for management of Azure AD Groups. The cmdlets work, and in some places they are screamingly fast compared to Exchange Online or Azure AD cmdlets. In other places, the cmdlets are a tad bizarre and expose a little too much of their Graph underpinnings. Oh well, at least after reading this article, you’ll know where the holes lie.

With the demise of the Azure AD and MSOL PowerShell modules on the horizon, it’s time to figure out how to upgrade scripts to use cmdlets from the Microsoft Graph PowerShell SDK. This article books at basic account management and shows how to update, delete, restore, and find Azure AD accounts using SDK cmdlets. 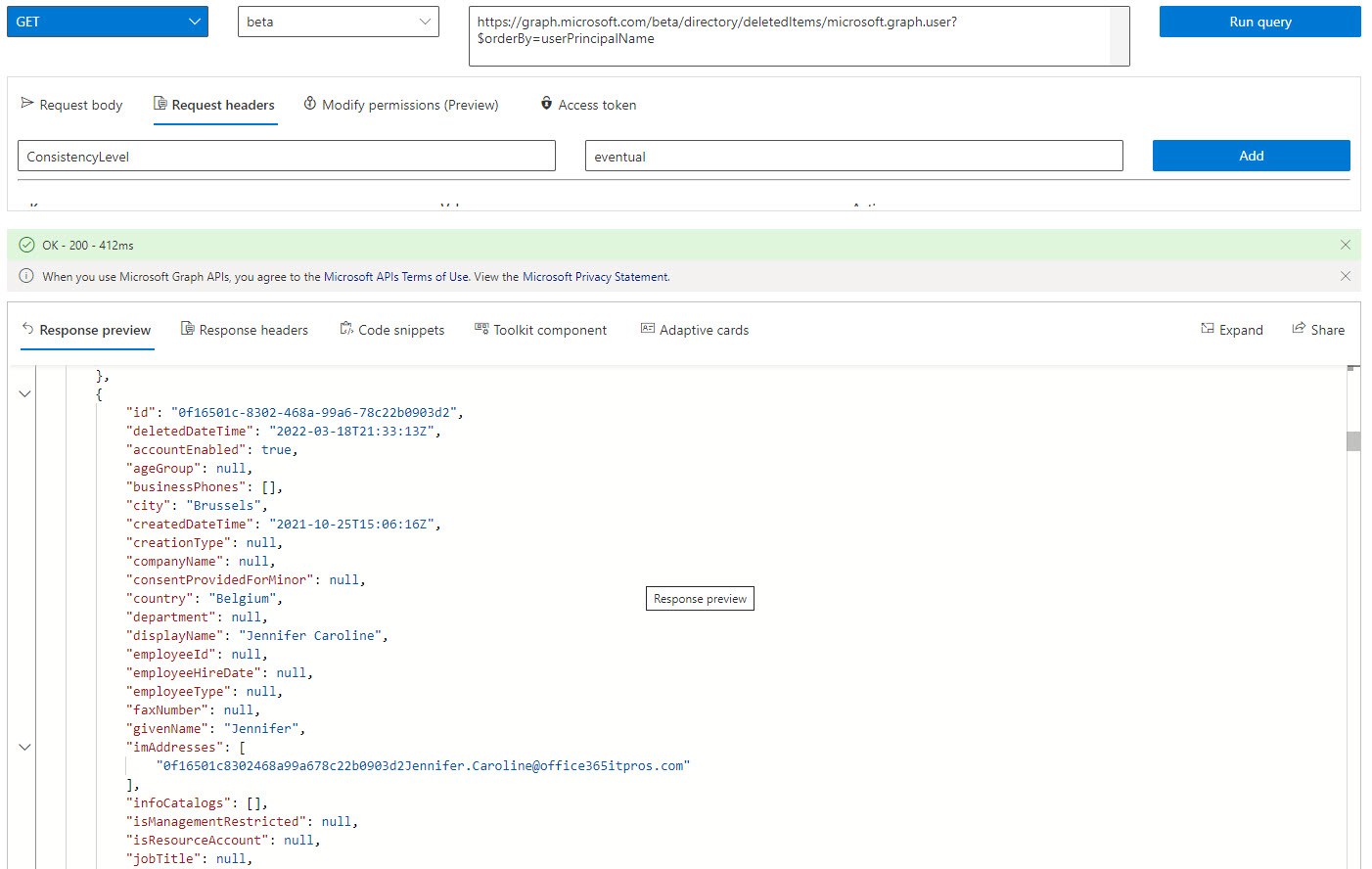 Microsoft has announced that it will be possible to recover a deleted service principal by the end of May. This is good news because it means that an accidental deletion can’t wreak the kind of havoc it can today. Microsoft hasn’t updated the APIs to manage soft-deleted service principals yet, but we can get an insight into what’s likely to happen by investigating how to manage deleted Azure AD accounts using cmdlets from the Microsoft Graph PowerShell SDK.

Teams tags appeared in early 2020 as a method to address subsets of a team membership in channel conversations. Microsoft doesn’t provide a method to report what teams use tags and what those tags are, but we can find out using the Graph APIs. In this article, we show how to use the Microsoft Graph PowerShell SDK to create a report of all teams which use tags, the names of the tags, and the team members assigned the tags. 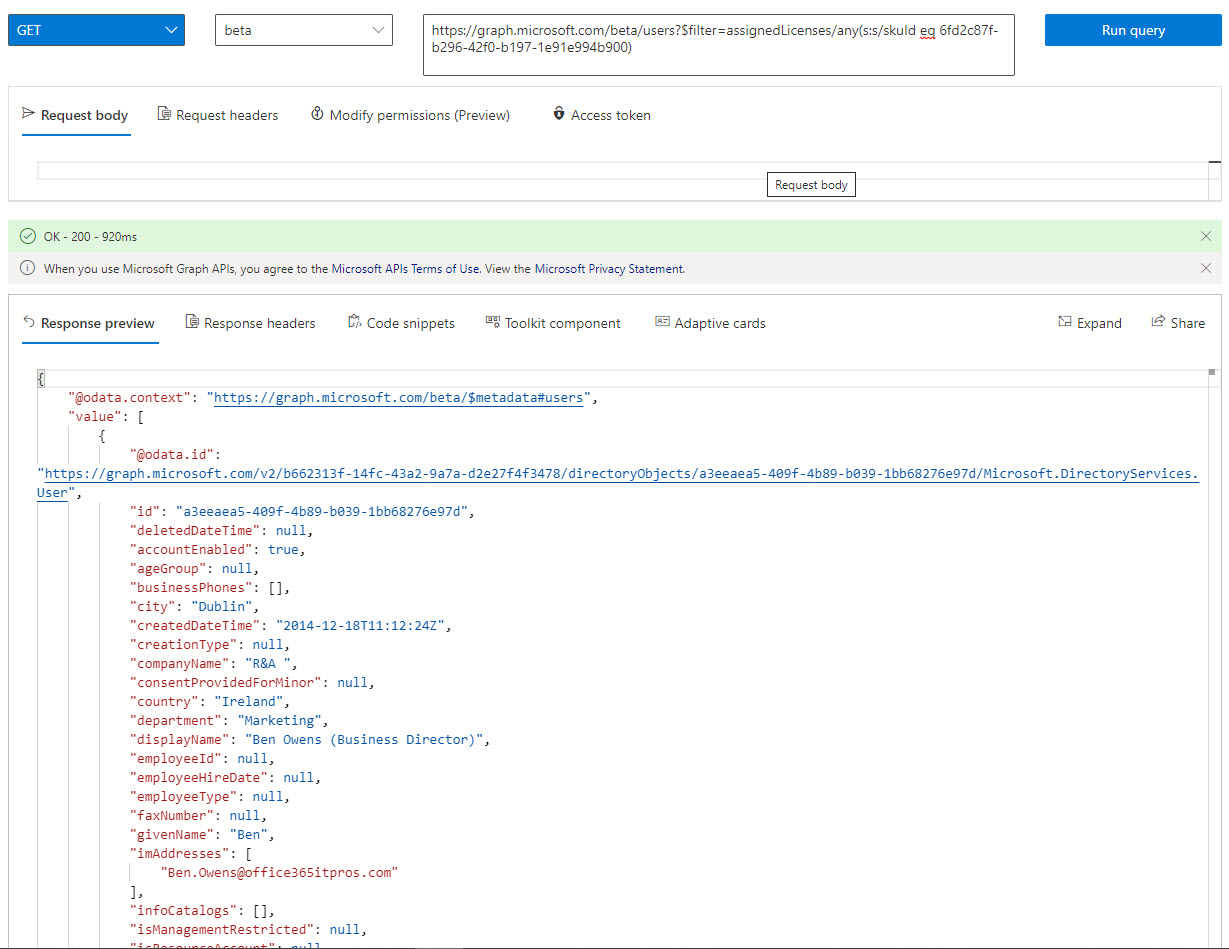