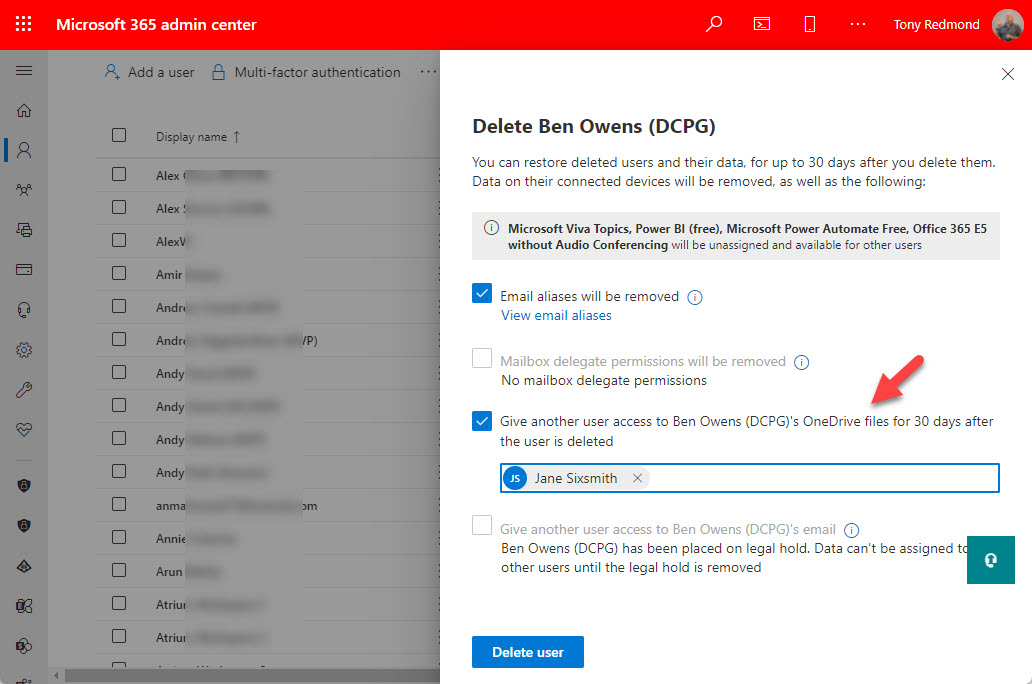 Whiteboard is the latest Teams-enabled app to use OneDrive for Business for its storage. It’s unsurprising and it’s a trend likely to continue, and it creates an administrative challenge in terms of how to handle deleted Microsoft 365 user accounts. The suggested approach of having a designated user review the information and retrieve what’s important is OK for documents but doesn’t work for app-linked content. Retention policies are a better option. 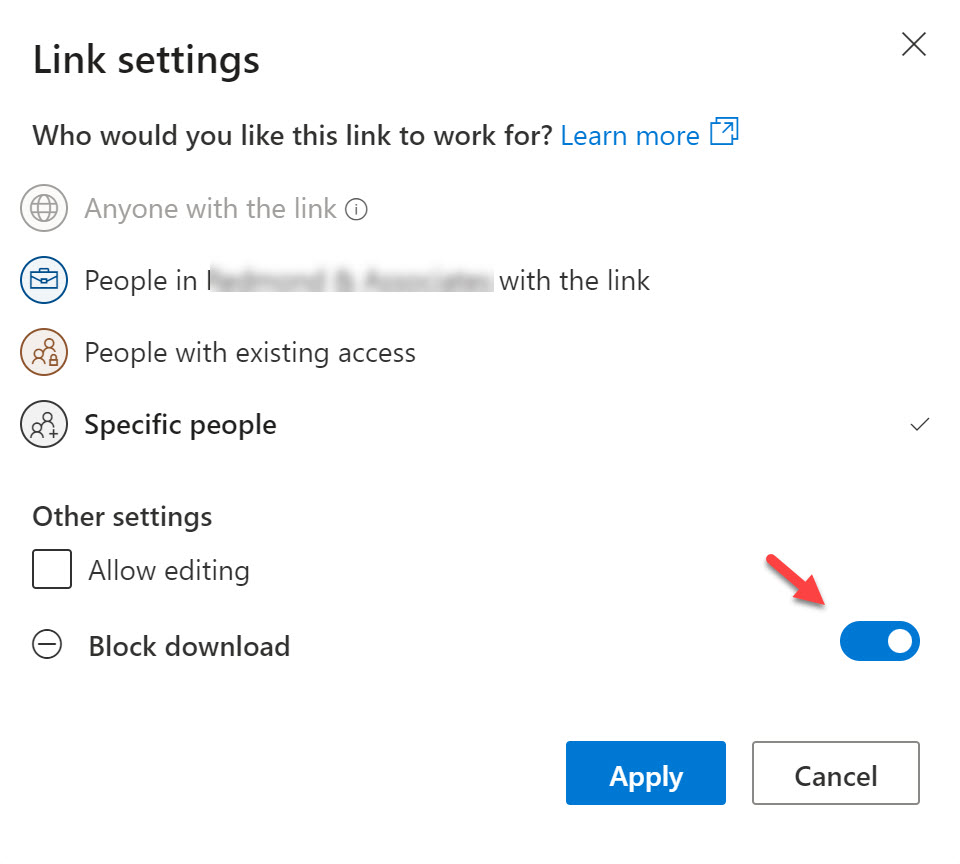 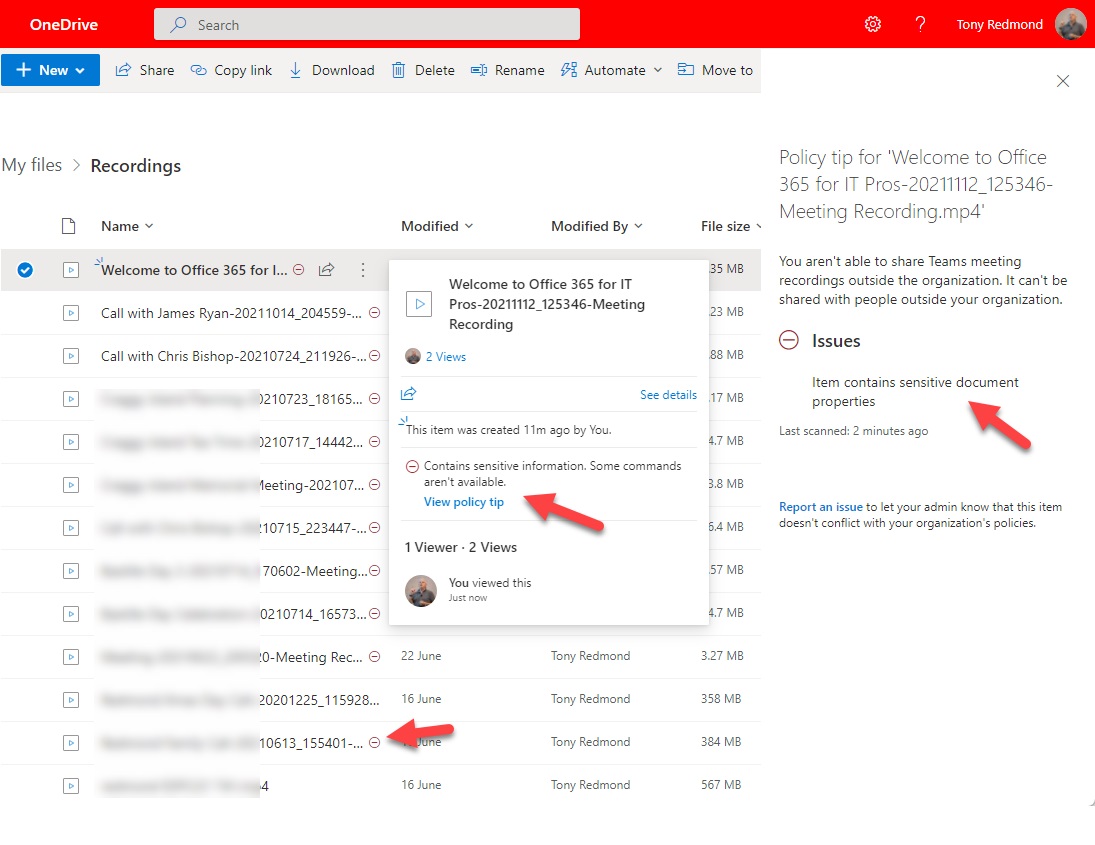 Teams meeting recordings can contain a lot of confidential information. It’s a quick and easy task to create a Data Loss Prevention (DLP) policy to stop people sharing these files externally, In this post, we show just how simple the required policy is, and just how effective it is at stopping external sharing. 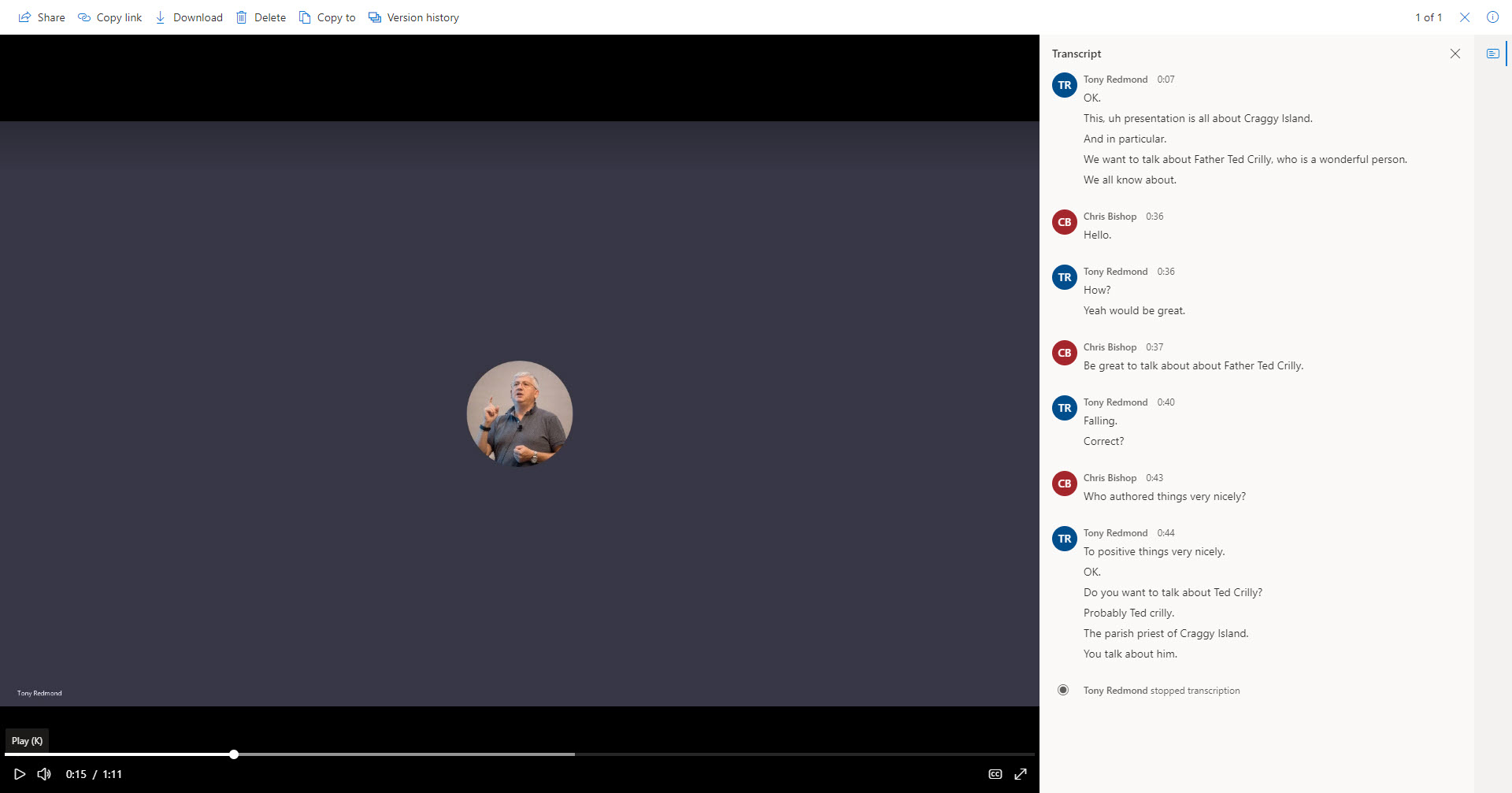 Adding the ability to search for spoken text in Teams meeting recordings is just one of the new features added after Microsoft moved storage for meeting recordings to OneDrive for Business. A new video viewer and support for 27 additional languages (some different variants of a base language) are also important developments. In this article, we explore how Exchange Online captures the text spoken in Teams meetings, how OneDrive for Business links the text with the video, and how Search can find spoken text from the transcripts.

Auto-label policies are a good way to assign retention labels to important files stored in SharePoint Online and OneDrive for Business. The big problem is tracking the progress of auto-labeling. In this article, we explore how to use events logged in the Office 365 audit log to figure out what files are labeled and how long it takes the auto-label policies to process the files. The example explored here is an auto-label policy for Teams meeting recordings. 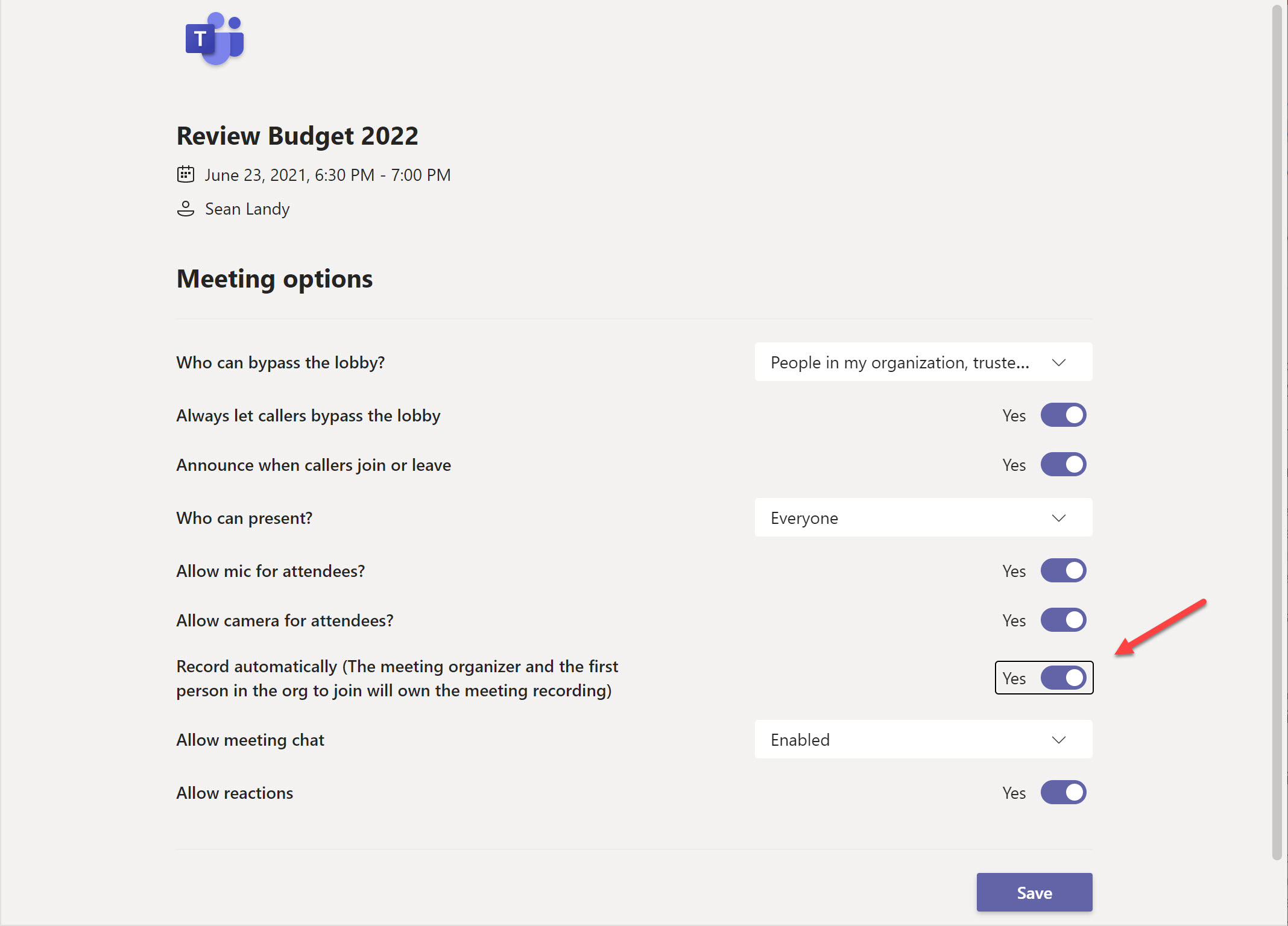 Teams meeting organizers will soon be able to configure an option to start recording when the meeting starts. The option must be set for each meeting and there doesn’t seem to be an available method to preconfigure recordings for all meetings through a policy or programmatically. The new option is useful, if you remember to set it. 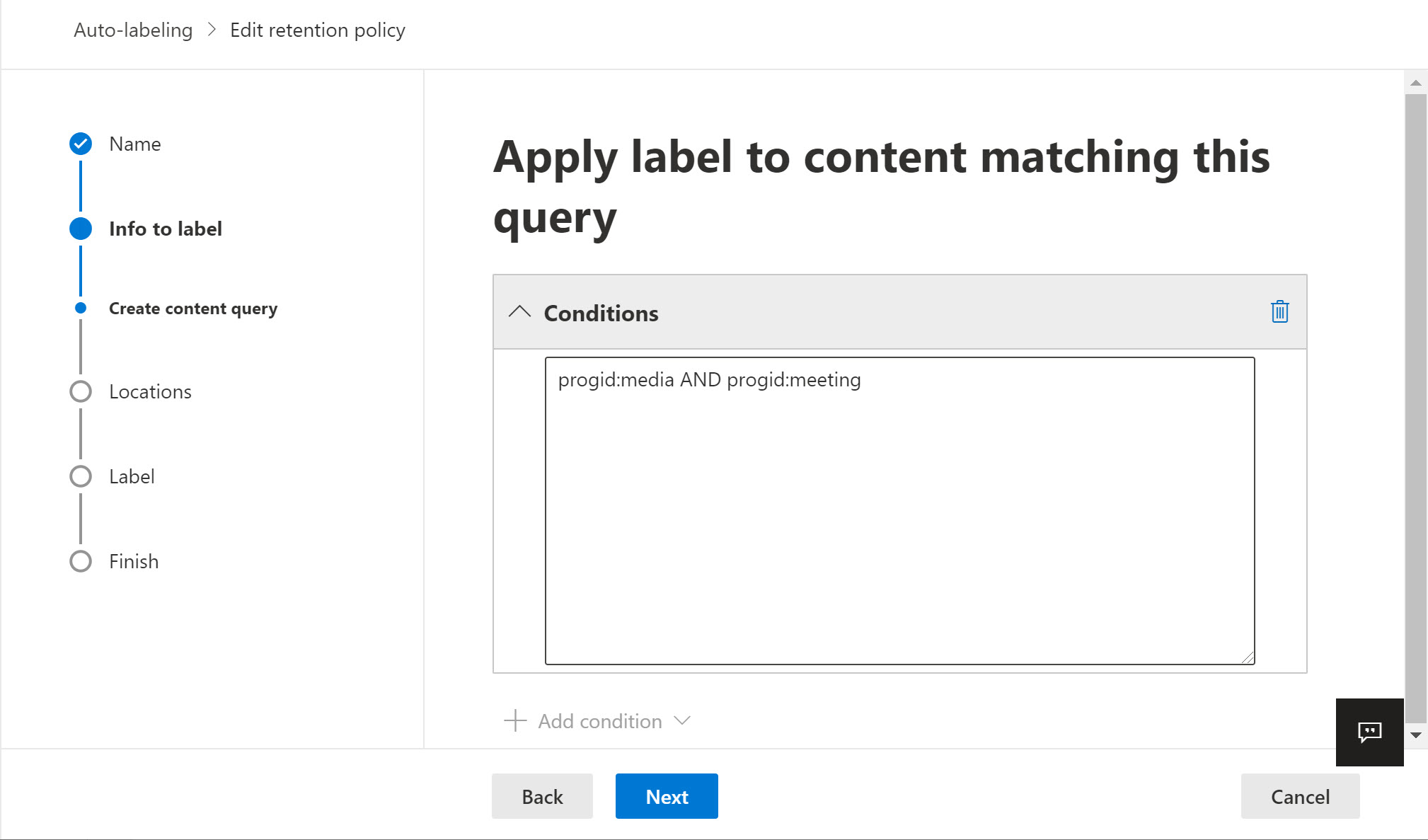 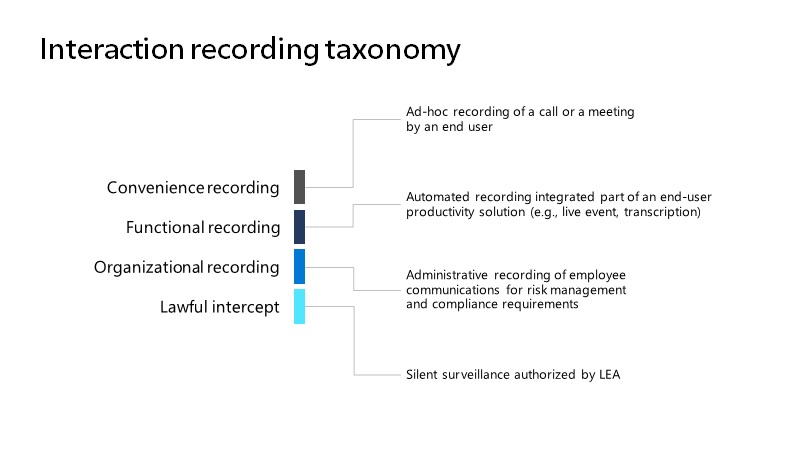 A report saying that Teams would record every meeting automatically caused some concern, but it’s untrue. Instead, ISV solutions are available to allow companies which need to record meetings to create compliance policies to assign to specific users so that their meetings are recorded to meet legal or regulatory requirements. It would be nice to be able to update meeting options so that organizers could opt for automatic recording of certain meetings. Maybe that’s what Microsoft meant when they responded to a User Voice request. No doubt, time will tell. 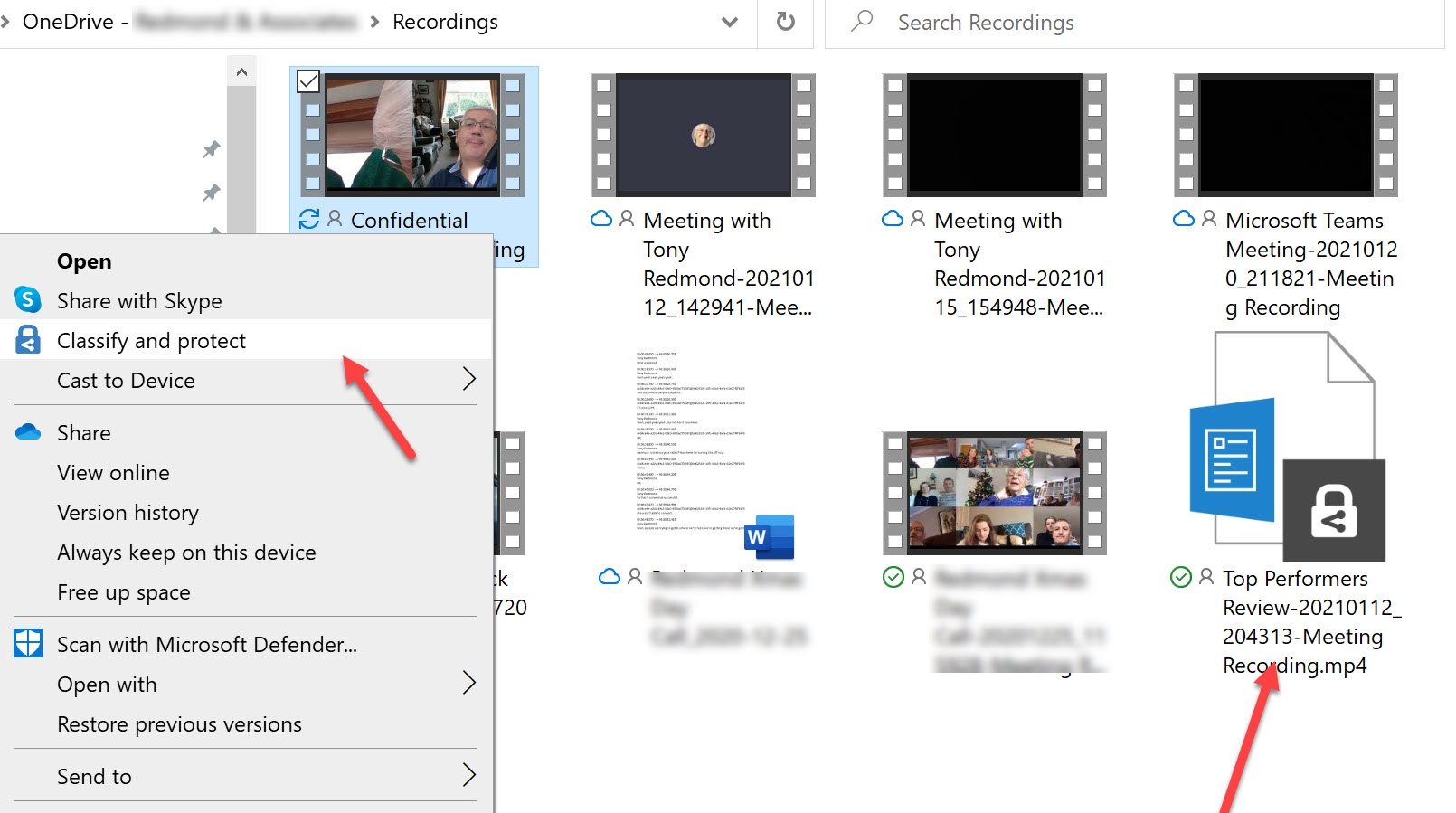 OneDrive for Business now stores Teams meeting recordings. You can protect files with sensitivity labels, but does this have any side effects for Teams? As it turns out, it does because the protective wrapper which encrypts the recording breaks the link to Teams. This might not be important if you need to protect a confidential recording and restrict access to a known set of users, but it’s something to consider before applying any labels. 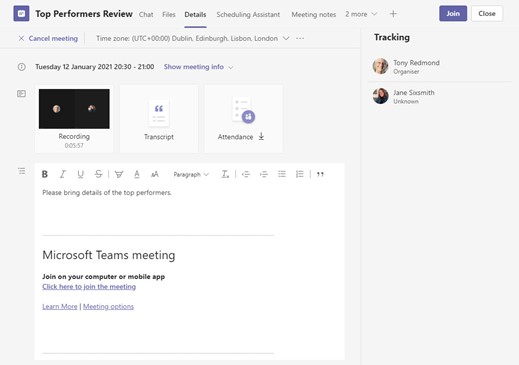 The Teams meeting recap feature highlights some of the important resources which can be generated for meetings. The recording, transcript, and attendance report are displayed under the Details tab for meetings accessed through the Teams calendar app.

In mid-March 2021 Microsoft will switch control over Teams 1:1 meeting recording from meeting to calling policies. By default, this stops users recording 1:1 meetings, meaning that tenant admins will have to update the default calling policy and any custom calling policy to allow recordings to continue. Of course, you might think it a bad idea to allow people to record 1:1 calls, in which case you don’t need to do anything. 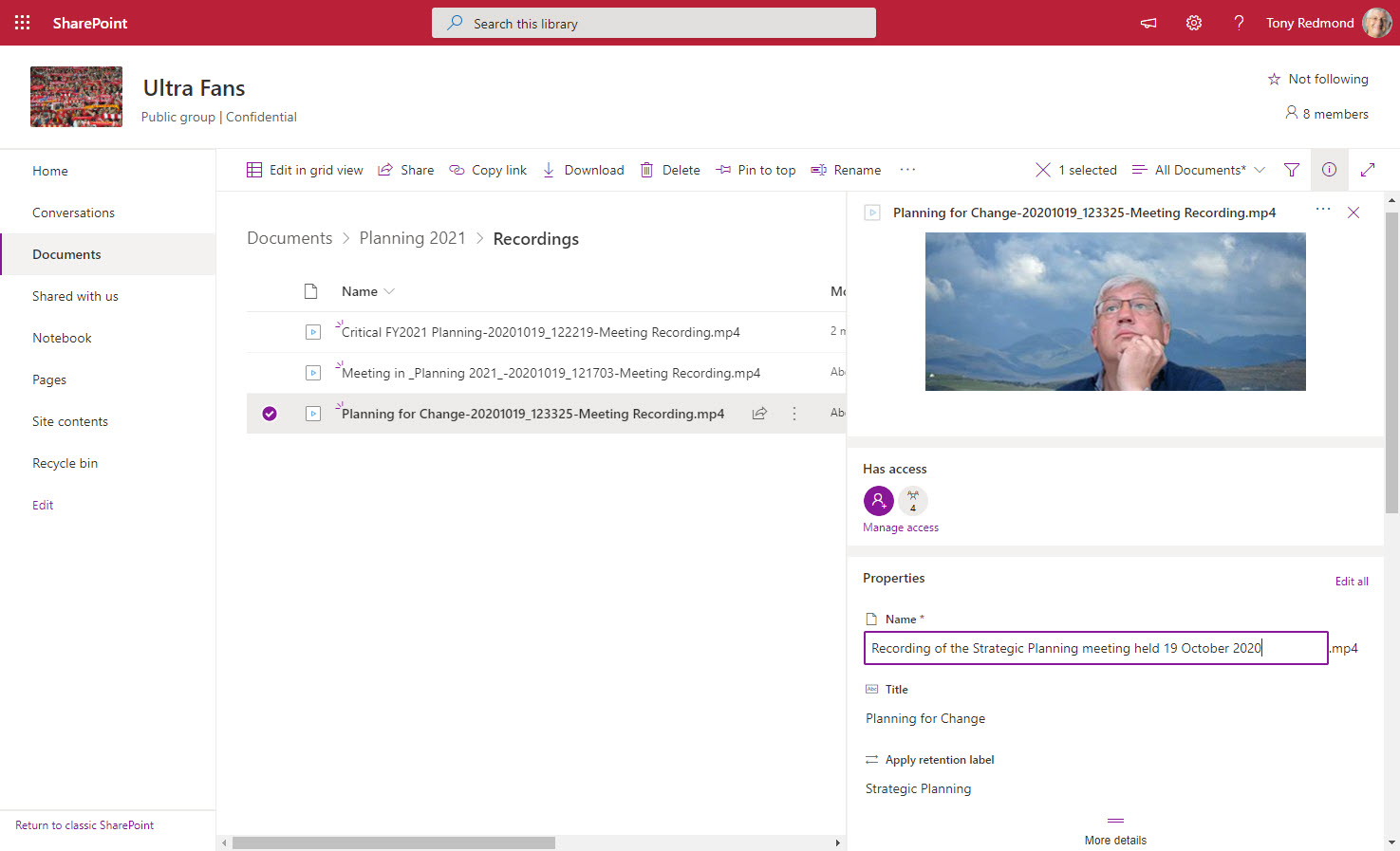 Teams gives Office 365 tenants the option to store meeting recordings in Stream or OneDrive for Business (including SharePoint Online). Now configurable through Teams meeting policies, new meeting recordings are dealt with like any other file, meaning that you can share recordings, apply labels, update metadata, and so on.